SEOUL, Feb. 28 (Yonhap) -- South Korea's chief defense cost negotiator urged the United States on Friday to accept Seoul's proposal that the two sides conclude a deal on personnel expenditures first so as to prevent South Korean employees of the U.S. military from being furloughed.

Jeong Eun-bo made the remark after U.S. Forces Korea issued a 30-day advance notice to thousands of South Korean employees that they will be furloughed on April 1 unless a defense cost-sharing deal covering their wages is concluded in time.

"The government has proposed to the U.S. that the two sides sign a memorandum of exchange first to resolve the issue of paying salaries to Korean workers," he said at a press briefing in Seoul. 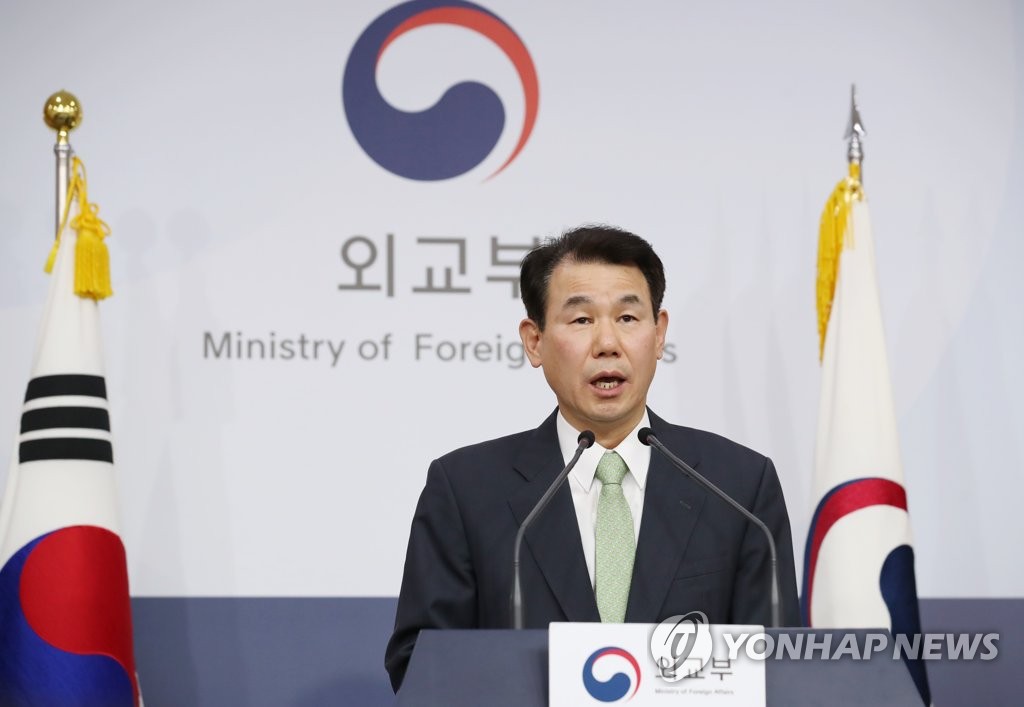 "We may have differences over key issues, such as the total amount (of the cost sharing), but since we have no differences on personnel expenses, we expect the U.S. side to accept the proposal," Jeong said.

It would allow the government to provide wages to the Korean employees using the defense cost-sharing budget that Seoul has already set aside based on last year's level, Jeong said.

He also said that, if necessary, the government is prepared to go through the parliamentary ratification process twice so as to reach a deal that guarantees no furlough.

"Under any circumstances, the government will do its best until the last minute to ensure stable working conditions for the Korean workers of the USFK," he added.

He also offered an apology to the Koreans workers of the USFK and their families for causing difficulties due to the potential furlough.

Since September, the two countries have held six rounds of negotiations. But they have yet to reach an agreement amid Washington's demand for a sharp increase in Seoul's financial contribution.

Jeong acknowledged that the two sides still have differences to overcome, adding that what the U.S. is currently insisting on is not a meaningful proposal.

He also expressed regret that a new round of talks has not taken place despite Seoul's repeated calls for holding another round of negotiations.

Last year's 10th SMA required South Korea to pay around US$870 million, an increase of 8.2 percent from the previous year.