SEOUL, Feb. 28 (Yonhap) -- North Korea has closed a new spa resort in the central county of Yangdok as part of efforts to prevent the new coronavirus from breaking out in the country, state media said Friday.

North Korea imposed a temporary ban on the operation of several public facilities on Feb. 25 as an emergency measure to prevent an outbreak of the COVID-19 virus, according to the Pyongyang Times, an English-language weekly.

"As a result, the Yangdok Hot Spring Resort does not receive tourists except bathers," it said.

The North also closed other public facilities, including an amusement park and dolphinarium on Rungra Island in Pyongyang and an ice skating rink elsewhere in the capital, the report said.

Earlier this month, a North Korean radio channel boasted of the growing number of visitors to the Yangdok spa resort despite the new coronavirus crisis, claiming 25,000 tourists had visited the resort between its opening on Jan. 10 and Feb. 4.

Leader Kim Jong-un has sought to develop the North's tourism in an effort to beef up an economy faltering under international sanctions.

But the new virus appears to have dealt a blow to North Korea's tourism, which depends on Chinese tourists, as Pyongyang has recently tightened its border with China to prevent the virus from spreading into the country. 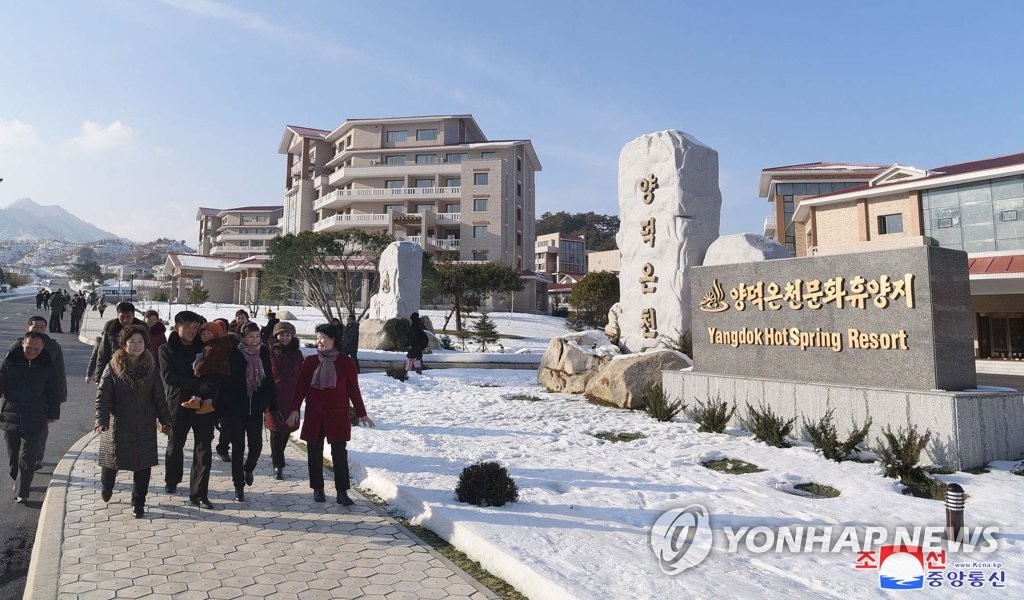