SEOUL, Feb. 28 (Yonhap) -- Education authorities of South Korea and China agreed to advise their students against returning to school in the other country as part of their cooperation to contain the spread of the new coronavirus, Seoul officials said Friday.

The move comes as the spread of the virus is showing little sign of easing in the two countries after it emerged in the central Chinese city of Wuhan in late December. 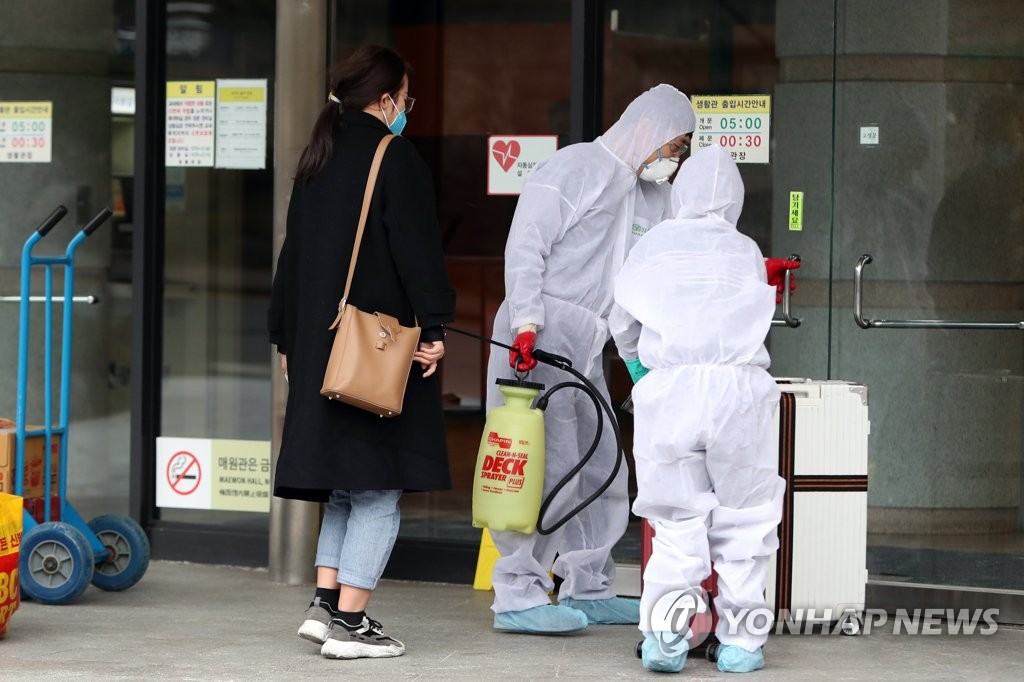 Under the agreement that has gone into effect as of 6 p.m., the two countries will be advising Korean students enrolled in Chinese universities and Chinese students registered in universities here from returning to school until COVID-19 has phased out.

"Most of (the Korean students) are currently in the country. We moved swiftly to reach an understanding as students here would soon have to leave for China when Chinese universities start the new semester," the education ministry said.

Beijing has advised universities in China to postpone classes and run online classes until situations surrounding the contagious virus have stabilized.

Around 50,000 Korean nationals are enrolled in universities across China, according to the education ministry.

There are also around 70,000 Chinese students studying at universities here, with 33,000 of them yet to return for the new school year that starts in March.

As part of efforts to prevent the COVID-19 from further spreading, the education ministry has advised universities to postpone the new term by up to four weeks.

It has also ordered kindergartens, elementary, middle and high schools across the country to delay the new semester by a week.

The measures are part of Seoul's efforts to fight the new coronavirus that is rapidly spreading in the country. South Korea has reported 2,337 cases as of Friday since confirming its first case on Jan. 20.
(END)