A South Korean woman tested positive for COVID-19 a second time, even after being released from quarantine, according to the Korea Centers for Disease Control and Prevention (KCDC).

The 73-year-old woman, who was diagnosed with the virus earlier in the month, was released from a hospital on Feb. 22 after making a full recovery.

She started showed symptoms again Thursday and was found to have contracted the illness again Friday, the public health agency said.

"People normally would have become immune against the virus after being infected for the first time. The patient, however, may have a weak immune system due to her age," a KCDC official said.

The official added it is also possible the virus was not fully eradicated from the patient in the first place.

The KCDC said it is carrying out a close observation on the case and added there were 10 similar cases reported in China, the global epicenter of the COVID-19 outbreak.

South Korea said it will review revising its guidelines for people being released from quarantine following the new infection. 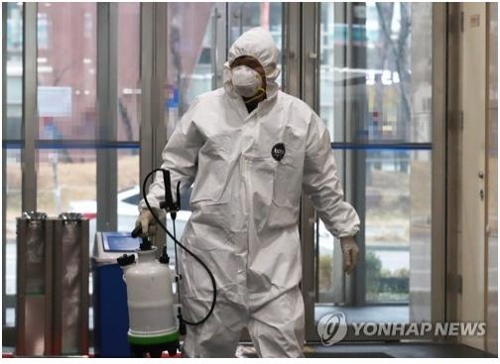