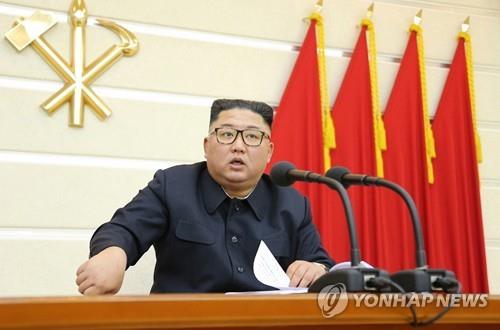 Kim's attendance in the meeting marked his first reported public appearance since he visited the Kumsusan Palace of the Sun in Pyongyang on occasion of his late father's birthday on Feb. 16.

The visit to the mausoleum came after a 22-day absence from public view, which stoked speculation that he had refrained from outdoor activity over coronavirus concerns.