A spokesperson for the department said South Korea should look to quickly negotiate a new Special Measures Agreement that covers all of Seoul's financial contributions to the upkeep of 28,500 American troops on the peninsula. 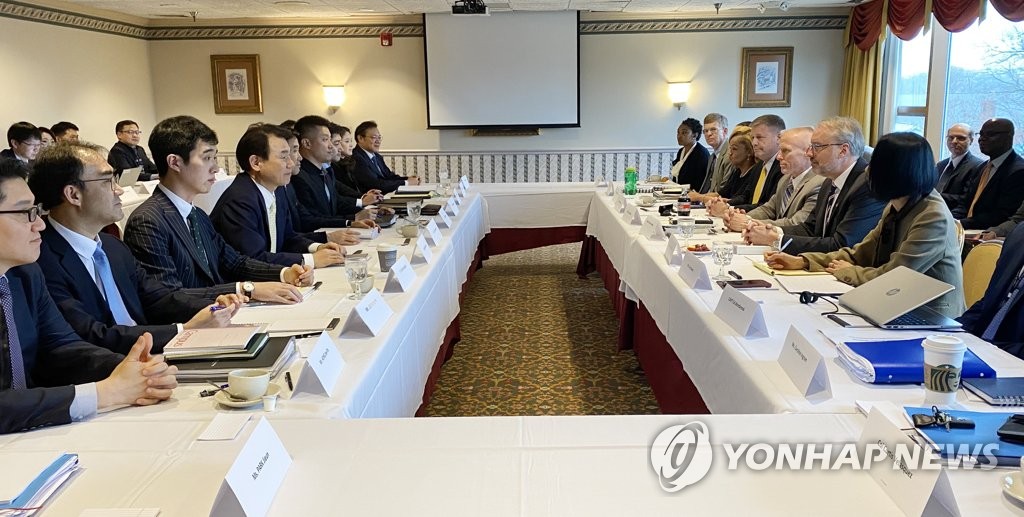 "The recent proposal by the ROK to launch a separate negotiation based solely on labor cost sharing would greatly detract from expeditiously concluding a mutually acceptable and comprehensive SMA that addresses all facets of the agreement," the spokesperson told Yonhap News Agency, referring to South Korea by its formal name, the Republic of Korea.

"The United States remains committed to concluding the SMA quickly and urges the ROK government to engage toward that goal," he said.

The allies have had six rounds of negotiations on renewing the SMA but failed to reach a deal amid Washington's demands for a significant increase in Seoul's contributions.

The U.S. has warned that the nearly 9,000 workers will be furloughed beginning April 1 if no deal is reached. South Korea's top negotiator, Jeong Eun-bo, urged the U.S. at a press conference Friday to sign a "memorandum of exchange" to first settle the issue of salaries.

"Furloughs may be avoided if the United States and the ROK reach agreement on a more equitable SMA that supports President Trump's view in which allies and partners should cover their fair share of the costs," the spokesperson added. "The United States remains committed to negotiating a mutually acceptable, comprehensive agreement that provides for fair and equitable burden sharing and strengthens the U.S.-ROK Alliance."

On when the negotiations may continue, he said, "We expect to conduct the next round in the near future."