SEOUL, Feb. 29 (Yonhap) -- South Korea reported a whopping 594 additional cases of the new coronavirus on Saturday, bringing the total infections here to 2,931 as the country intensified its anti-virus fight with a massive program of testing.

So far, 16 people have died in South Korea from the virus that emerged in China.

Of the 594 new cases, 476 are in Daegu, 300 kilometers southeast of Seoul, and 60 were reported in neighboring North Gyeongsang Province, according to the Korea Centers for Disease Control and Prevention (KCDC). 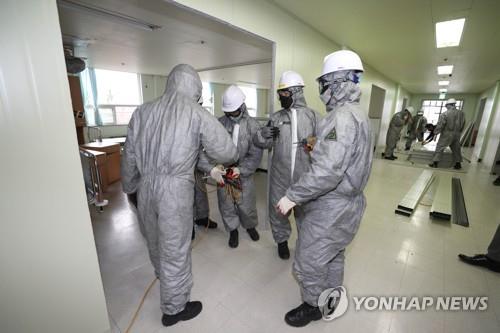 Other major provinces and cities have also reported some infections, with Seoul reporting additional 12 cases.