SEOUL, Feb. 29 (Yonhap) -- South Korea said Saturday that 42 followers of a minor Christian sect are presumed to have entered the country from Wuhan, the epicenter of the new coronavirus outbreak, over the past eight months.

The Ministry of Justice said it has checked immigration records of around 245,000 Shincheonji followers at the request of health authorities as the bulk of infections are linked to a church of the fringe sect in the southeastern city of Daegu.

Of the total Shincheonji followers, around 3,600 believers came from China between July 1, 2019, and Feb. 27, 2020, the ministry said. Among them, 42 worshipers traveled from the central Chinese city of Wuhan.

The government said out of the 42, one is a foreign follower and the remainder are domestic believers who have a record of visiting the capital of Hubei province.

The ministry said the preliminary tally is subject to changes, depending on its further probe.

South Korea is conducting tests on all Shincheonji followers for COVID-19 as a cluster of infections are tied to the church. The country had reported 3,150 cases of the new virus as of Saturday afternoon and 17 deaths. 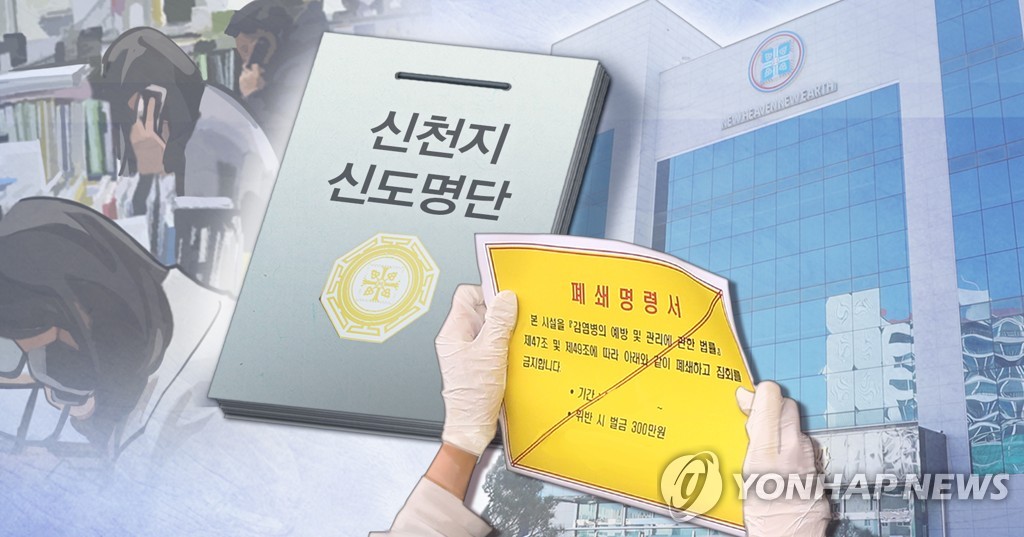