SEOUL, Feb. 29 (Yonhap) -- A conservative civic group said Saturday it will not hold an anti-government rally in central Seoul the following day, amid concerns that mass gatherings may spark the fast spread of the new coronavirus.

The group, led by Rev. Jun Kwang-hoon, said it will not host its planned outdoor Sunday service in the Gwanghwamun Square and instead proceed with a YouTube broadcast as it did earlier in the day.

The organization called off its weekly Saturday rally this week. But it earlier announced a plan to press ahead with a large-scale rally Sunday to mark March 1 Independence Movement Day, despite the city government's warning.

The group apparently changed its stance in the face of public criticism about its outdoor rallies amid a surge in COVID-19 infections.

The group's mass gatherings have stoked concerns over the spread of the new coronavirus, with most of the participants being senior citizens who are known to be more vulnerable to the pneumonia-like illness.

The Seoul city government has banned rallies at major public squares and parts of the city center, citing the need to protect "public safety and health." The Seoul police have also warned against holding the weekend rallies.

In a live-streamed YouTube service at a church in northern Seoul on Saturday, the conservative group blamed the rapid spread of the virus on the Moon Jae-in government's failure to step up the quarantine. The organization has staged outdoor rallies to call for President Moon's resignation.

Jun, a conservative pastor, has been detained since Monday for breaching the election law by asking participants in a street rally last year to support a specific political party in April's general elections.

Jun filed for a review of the legality of his confinement, but a Seoul court decided Thursday to keep him in custody. 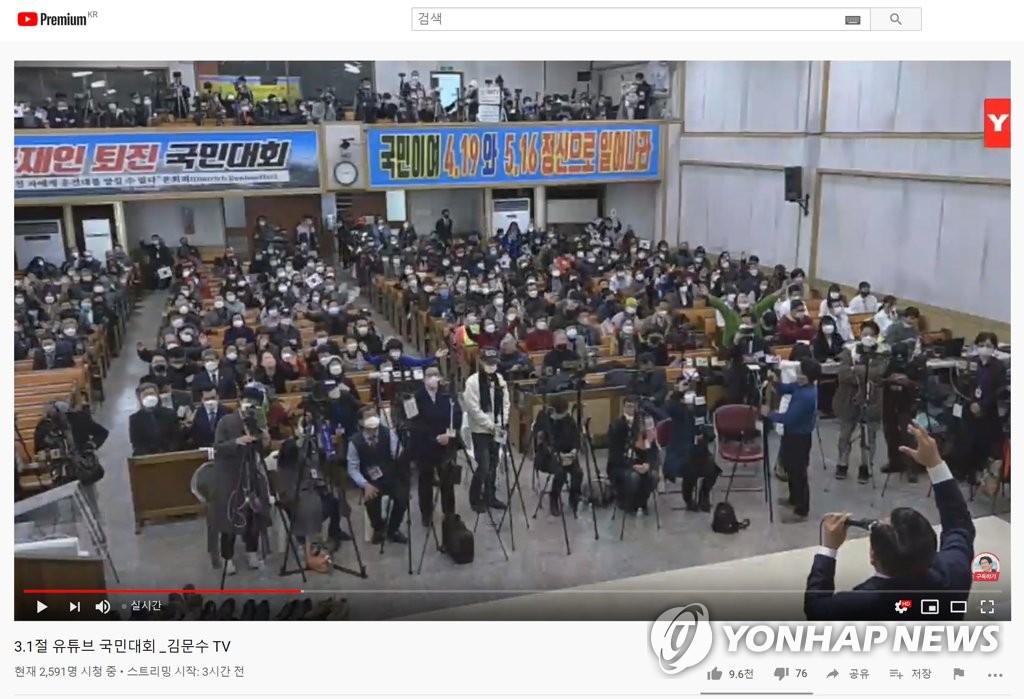