SEOUL, Feb. 29 (Yonhap) -- Samsung Electronics Co. said Saturday that a worker at its semiconductor plant south of Seoul has been infected with the new coronavirus but emphasized that its chip production is not affected.

Samsung said the employee of a subcontractor at its foundry factory in Yongin, just south of Seoul, tested positive for COVID-19. The employee worked at a facility near an in-house cafeteria, according to Samsung, but apparently had little contact with other workers at the factory.

Samsung said it will close the cafeteria at least until Sunday. But the company said its chip production lines are running as normal. 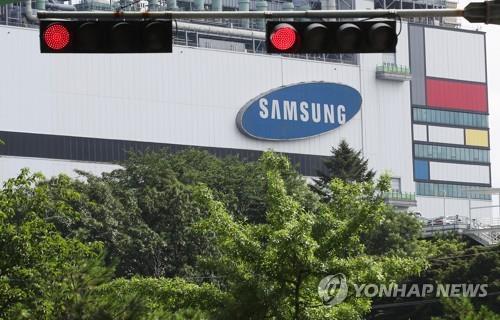 Earlier in the day, Samsung said it temporarily shut down part of its smartphone plant in the southeastern city of Gumi, North Gyeongsang Province, after a family member of its employee was confirmed to be infected.

"We have yet to decide how long the plant should be closed," a company official said. "But we will take every necessary step to protect our workers."

Samsung closed the Gumi smartphone plant for three days earlier this week after it reported the first case of coronavirus infection of an employee last Saturday.

Meanwhile, a worker at Samsung's network equipment factory in Gumi is waiting for the final result after testing positive for the virus in the first round of testing Friday.

The employee, who has been in self-isolation, had contact with an infected patient and made a business trip to a factory in Suwon, south of Seoul, last week.

South Korea has so far confirmed 3,150 COVID-19 cases, with most of them identified in the southeastern city of Daegu and surrounding North Gyeongsang Province.