To purchase face masks, many people lined up in front of pharmacies and marts operated by the agricultural cooperative Nonghyup as the government intervened to stabilize their supply.

The government supplied 1.54 million masks to the southeastern city of Daegu and its adjacent county of Cheongdo, where more than half of COVID-19 infections have been reported. Some 2.1 million masks were distributed to Seoul and its surrounding areas.

But despite the government's efforts, demand still far surpassed supply amid the fast spread of the new coronavirus in communities.

Earlier this week, the Cabinet approved a plan to limit mask exports to a maximum of 10 percent of total output and distribute 50 percent through government and public organizations.

The rule took effect Wednesday, but public criticism mounted as the government hastily announced the plan without fully securing the supply.

People in the central city of Daejeon lined up in front of Nonghyup Hanaro Mart hours before it opened to buy face masks supplied by the government. The daily volume of masks was quickly purchased, with forty-five people buying six masks each.

"I gave up my weekend to buy a few masks. It's like it is more difficult to buy masks than a gold ring," a 30-year-old citizen said.

Police, meanwhile, strengthened their crackdown on illegal hoarding of face masks as some merchants and distributors bought the piece of protective wear in bulk in anticipation of higher prices.

The Seoul Geumcheon Police Station booked two men for an alleged attempt to smuggle out around 20,000 face masks.

Police in Incheon, west of Seoul, are investigating two merchants over an alleged violation of the inflation stabilization law. They were arrested for the suspected hoarding of some 29,000 masks. 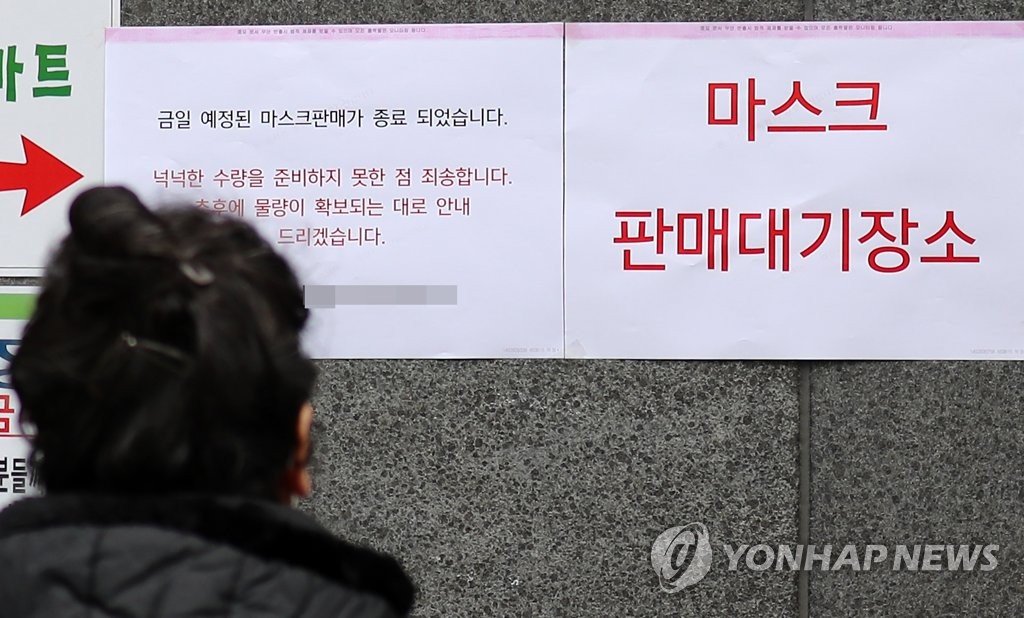