(ATTN: UPDATES with details from 4th para)
By Lee Haye-ah

WASHINGTON, Feb. 29 (Yonhap) -- U.S. Vice President Mike Pence said Saturday that all Americans are urged not to travel to areas in South Korea that have been most affected by the coronavirus.

Pence, who is overseeing the U.S. response to the coronavirus, made the announcement at a White House press briefing amid a surge in cases in Daegu and its neighboring North Gyeongsang Province.

"We are urging Americans to not travel to the areas in Italy, and the areas in South Korea, that are most affected by the coronavirus," the vice president said, speaking next to U.S. President Donald Trump. 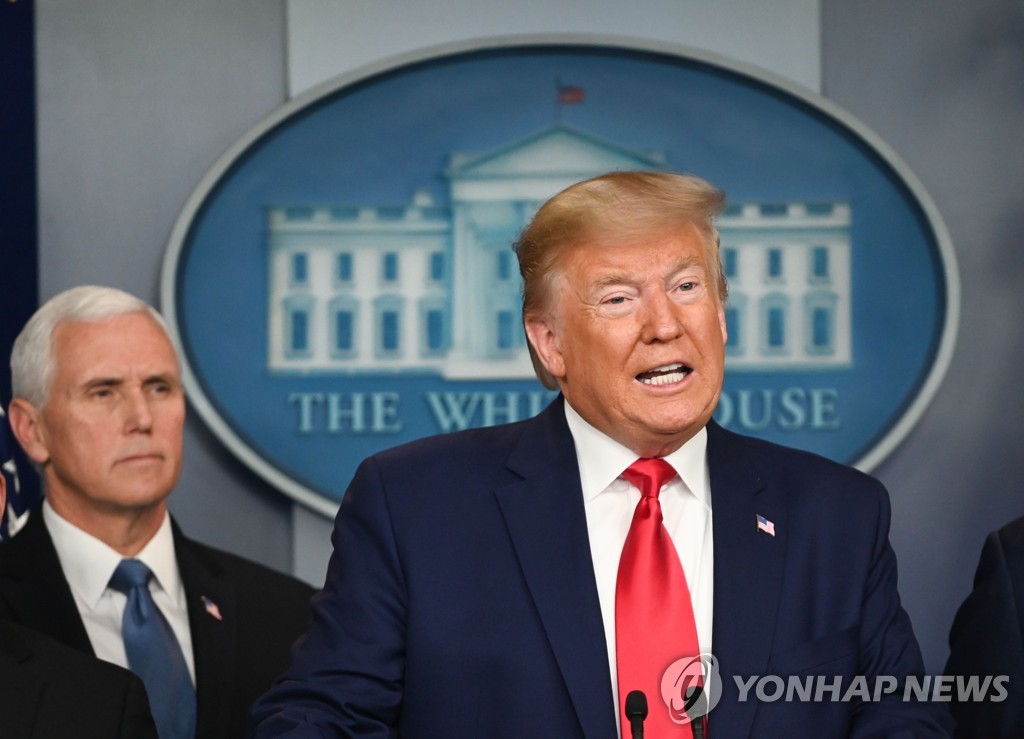 "President's also directed the State Department to work with our allies in Italy and in South Korea to coordinate a screening, a medical screening in their countries of any individuals that are coming in to the United States of America. And we look forward to working with them in a collaborative and cooperative way," he added.

Pence said the president authorized the State Department to increase the travel advisory, but did not elaborate on which regions of South Korea would be affected.

The department had yet to show the new measure on its website.

Last Saturday, it raised the level for South Korea to Level 2, urging "increased caution," and then on Wednesday to Level 3, which means "reconsider travel."

Daegu and North Gyeongsang Province have accounted for 86 percent of all infections. The numbers are expected to increase further as the government continues tests on followers of a religious sect at the center of the massive outbreak.

(LEAD) Pence: U.S. urges Americans not to travel to S. Korean regions most affected by coronavirus

(LEAD) Pence: U.S. urges Americans not to travel to S. Korean regions most affected by coronavirus