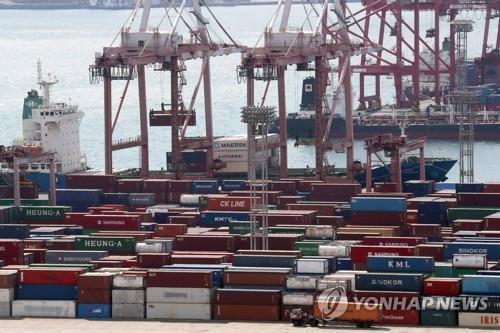 The recovery was led by rising demand from data centers, along with an increase in prices of memory chips. Chips accounted for roughly 18 percent of all exports.

Outbound shipments of petrochemical goods moved down 9.7 percent over the period to $3.14 billion due to the weakening business sentiment around the globe, sparked by the spread of the new coronavirus.

Shipments of automobiles slipped 16.6 percent to $2.4 billion as local carmakers faced troubles in securing parts from China in the aftermath of the epidemic that originated there.

Exports of ships, on the other hand, rose 8 percent on the back of rising demand for liquefied natural gas carriers and very large crude carriers.

South Korea's exports of petrochemical goods and others to the world's No. 2 economy were especially affected by concerns over the virus.

SARS refers to the severe acute respiratory syndrome that broke out in 2003. China accounted for 4.3 percent of the global economy in 2003, which shot up to nearly 16 percent in 2018.

Exports to the United States, on the other hand, advanced 9.9 percent on rising demand for South Korean SUVs and chips.

Outbound shipments to the members of the Association of Southeast Asian Nations (ASEAN) gained 7.5 percent on chips and displays as well. 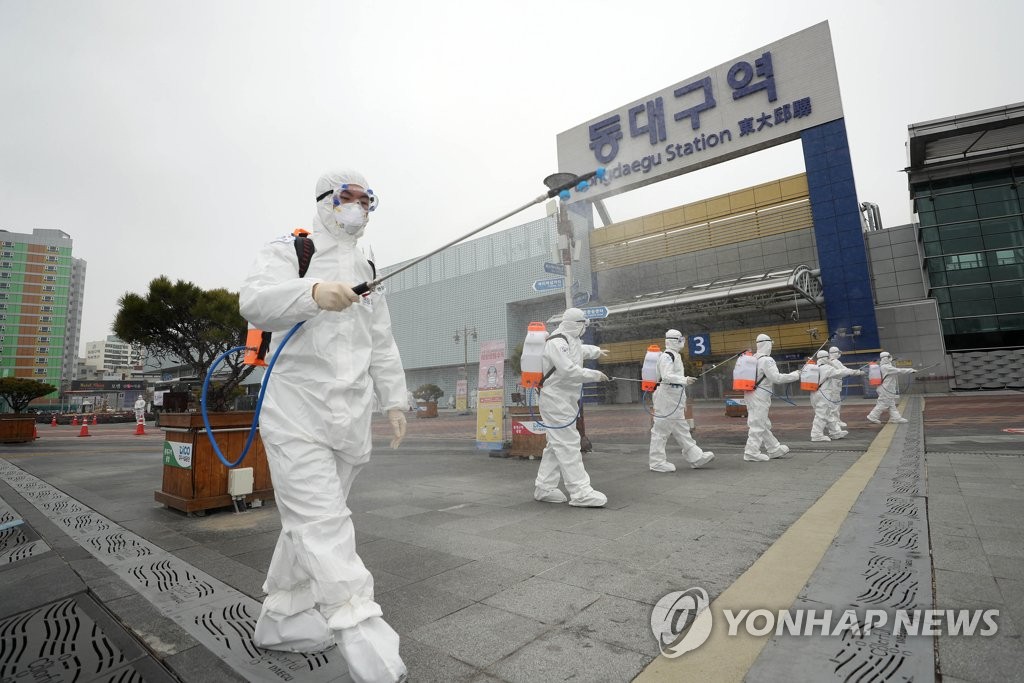 Shipments to Japan edged down 0.3 percent on falling demand for petrochemical products, auto parts and steel.

South Korea said it will make efforts to diversify the country's export portfolio to cope with economic fallout from the epidemic.

"We need to closely monitor whether the chip segment can maintain growth as the virus outbreak continues to last for a long time," the ministry said in a statement.

The country reported 376 additional cases of the new coronavirus as of Sunday morning, bringing the total number of infections here to 3,526. South Korea confirmed its first new coronavirus case on Jan. 20 when a Chinese woman from Wuhan, the epicenter of the virus outbreak, tested positive for the virus.