As of late Sunday, 37 countries are barring the entry of South Koreans and foreigners who have visited the South in the past few weeks, up from the previous day's tally of 34, according to foreign ministry website.

Turkey and Laos were the latest to join the list and Angola will begin to impose the ban Tuesday.

Forty-three countries and more than a dozen regions in China, including Beijing, have tougher quarantine procedures that require 14-day mandatory isolation and close monitoring.

Nigeria, Honduras and the Chinese provinces of Zhejiang and Chongqing were newly added to the list.

Seoul has stepped up diplomacy with its calls for foreign countries to refrain from taking excessive entry restrictions against South Koreans. But the fast spread of the disease, which originated in the Chinese city of Wuhan in December, has led to the countries taking action.

More than 80 percent of the infections were reported in Daegu and the nearby North Gyeongsang Province in the country's southeast, prompting many countries to slap entry bans on passengers from those two areas.

The U.S. State Department also raised its travel advisory for Daegu and northern Italy to the highest level, which urges its people not to travel, citing the level of community spread of the virus.

The move came about a week after Washington raised the travel advisory for the South to "increased caution," and then on Wednesday to Level 3, meaning "reconsider travel."

U.S. Vice President Mike Pence said that his country will work with South Korea to coordinate medical screening in the countries of travelers heading to the U.S.

A foreign ministry official in Seoul said later that all passengers departing for the U.S. will undergo more thorough health checks before they board planes.

The ministry official also said that the government summoned a senior diplomat at the Vietnamese Embassy here to lodge a complaint after the Southeast Asian country barred a South Korean flight from landing at a Hanoi airport on Saturday.

"We filed a protest over the inconvenience caused by its short-notice change to the scheduled flight and demanded the country's preventive measures" a ministry official told reporters.

The Asiana Airlines plane had to return to Incheon within less than an hour after its departure. Two empty flights flew out to bring back around 280 passengers from Hanoi earlier in the day, the ministry offcial said.

On Sunday, South Korea reported 586 additional cases of COVID-19 to bring total infections to 3,736. So far, 20 patients have died from the virus. 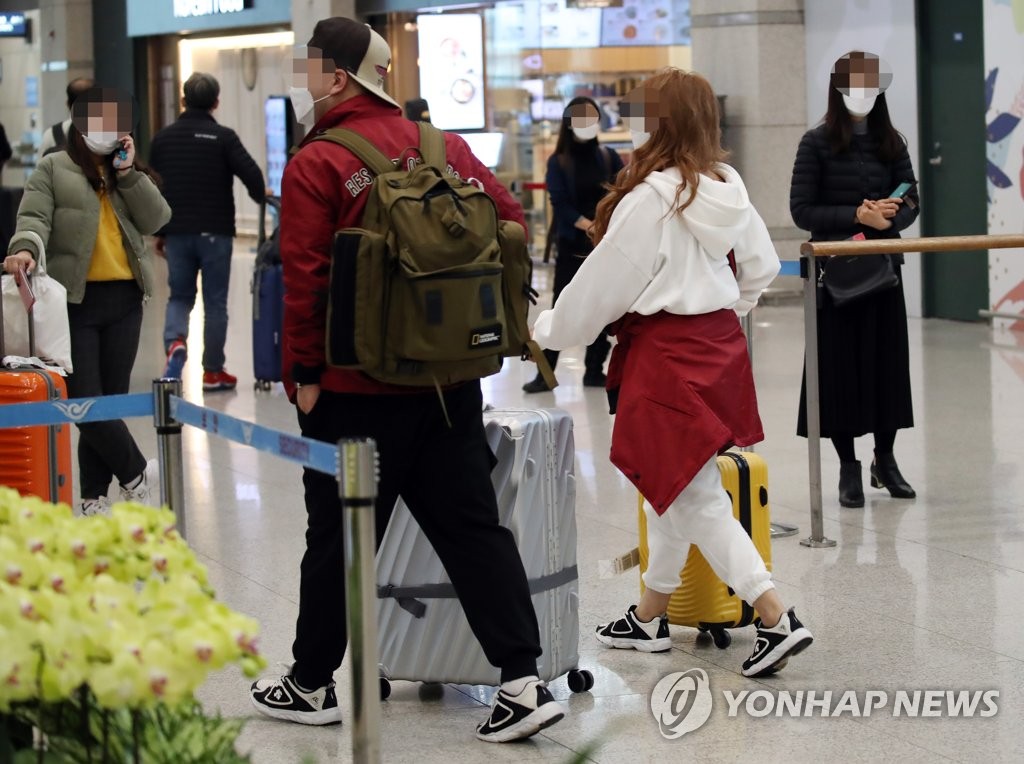