The scaled-down official ceremony was held at Paiwha Girls' High School near Moon's office Cheong Wa Dae, as South Korea is plagued by the COVID-19 virus. The number of confirmed cases has surpassed 3,500, with many of which linked to a mysterious religious group, called Sincheonji.

Moon used the address to stress the importance of a can-do spirit in the face of the rapid spread of the viral disease.

"Even now, the people are all coming together. We will be able to overcome the COVID-19 outbreak and revive our shrunken economy," he said. "The government is now waging all-out responses after raising the crisis alert to the highest level."

He reaffirmed a commitment to spending reserve funds swiftly and pushing for a supplementary budget. 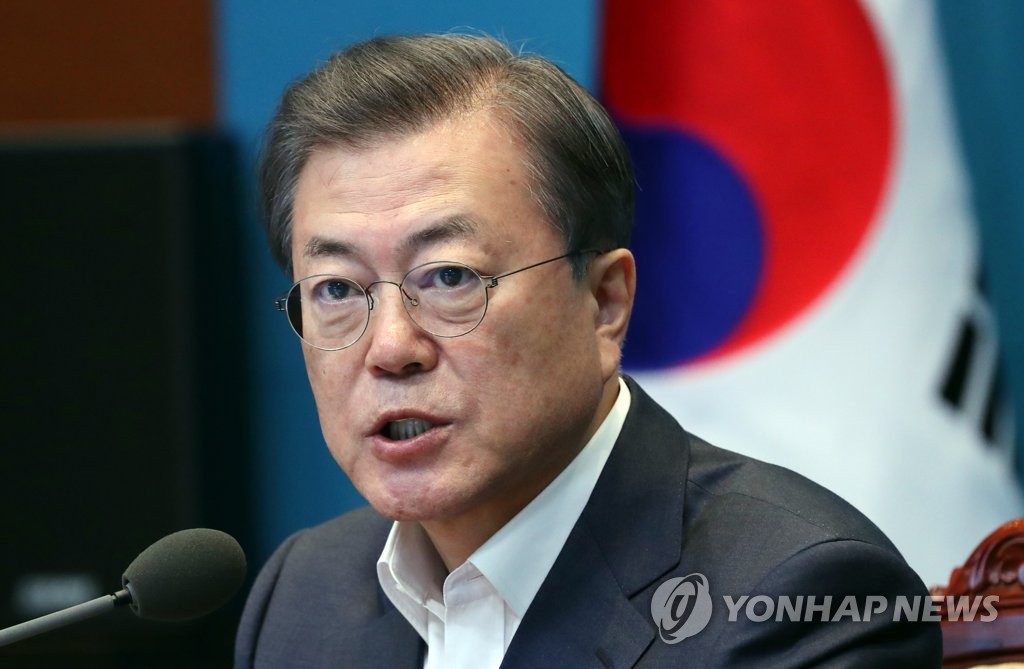 The president also emphasized the need for cross-border cooperation in responding to "unconventional security threats," such as the spread of infectious diseases, disasters, climate change, and international terrorism and cybercrimes.

He expressed hope for inter-Korean cooperation on health care, saying the Korean people would be "safer" when the two sides respond together to infectious diseases.
On Japan, he again suggested forward-looking ties based on reflecting on the past.

"When we squarely face the past, we can surmount wounds and move forward toward the future," he said. "Joining hands while reflecting on history is the path toward peace and prosperity in East Asia. Let us prevail over crises together and make joint efforts for future-oriented cooperative relations."