SEOUL, March 1 (Yonhap) -- North Korea has placed an additional 3,900 people under medical monitoring for apparently showing symptoms of the novel coronavirus, its official newspaper said Sunday, raising the number of suspected patients to nearly 7,000 in the country that has yet to confirm a case.

The Rodong Sinmun said about 2,420 people in South Pyongan Province and 1,500 more in Gangwon Province are being medically monitored to prevent an outbreak of COVID-19 in the country.

Last Monday, the Korean Central Broadcasting Station reported that some 3,000 were under monitoring in North Pyongan Province, which borders China. Neither the broadcaster nor the newspaper specified what the monitoring procedure entailed and who was subject to it, though the Rodong Sinmun said the country's health authorities have strengthened monitoring of those dealing with heart conditions, respiratory diseases and hypertension.

The paper also said the government has provided people under monitoring with life supplies, leading to speculation that they're being quarantined at home.

North Korea said Monday that it had quarantined about 380 foreigners to keep the new coronavirus from breaking out, and it has also shut down several public facilities as an emergency measure.

North Korea has taken relatively swift preventive measures against the new coronavirus by tightening its border with China and doubling the quarantine period to 30 days against those coming from foreign countries.

Despite its repeated claims of no confirmed infection, North Korea remains vulnerable as it shares a long and porous border with the virus-hit China, and lacks medical supplies and infrastructure to test and treat infected people. 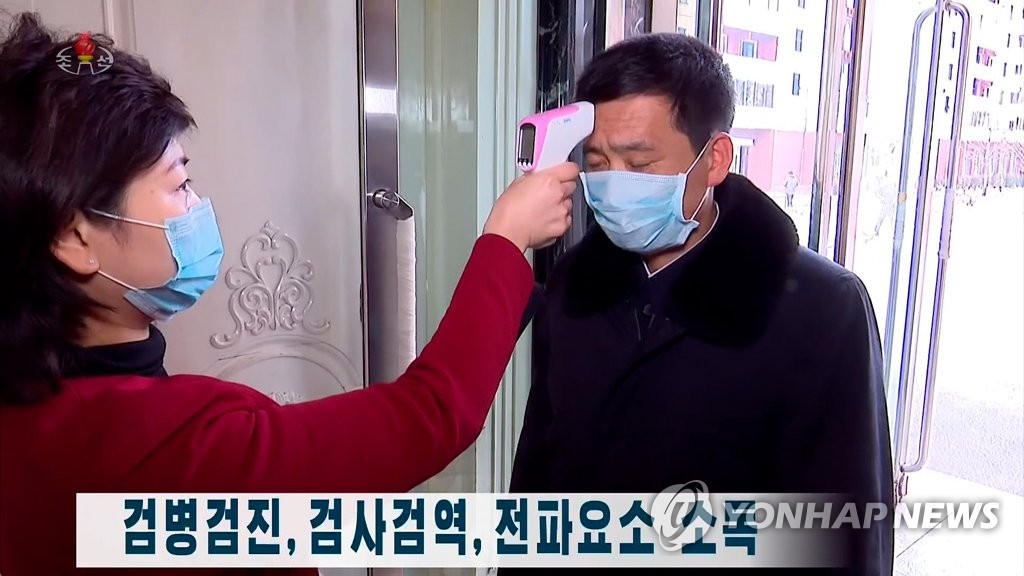 Nearly 7,000 being monitored in N. Korea for apparent coronavirus symptoms

Nearly 7,000 being monitored in N. Korea for apparent coronavirus symptoms