The scaled-down official ceremony was held at Paiwha Girls' High School near Moon's office Cheong Wa Dae, as South Korea is plagued by the COVID-19 virus. The number of confirmed cases has surpassed 3,500, with many of which linked to a mysterious religious group, called Sincheonji. 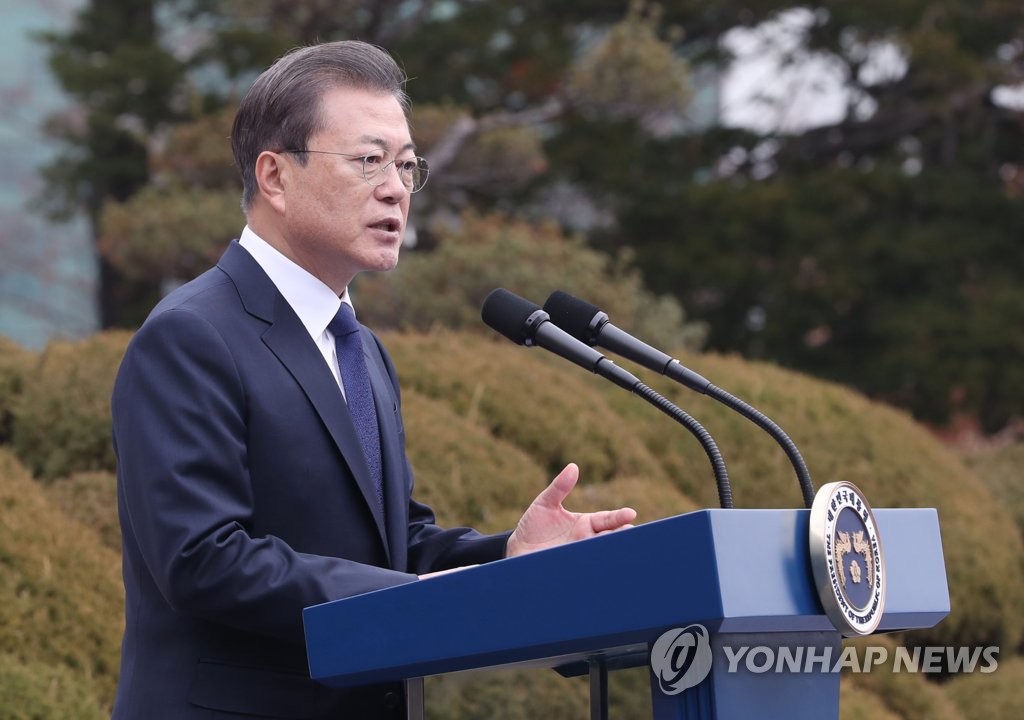 He pointed out that South Korea has overcome a number of difficulties, including the aftermath of the 1950-53 Korean War and Japan's ongoing export control of some key industrial materials.

He was referring to the rapid spread of the viral disease centered on the city of 2.4 million residents, 300 kilometers southeast of Seoul and nearby North Gyeongsang Province.

The president also emphasized the need for cross-border cooperation in responding to "unconventional security threats," such as the spread of infectious diseases, disasters, climate change, and international terrorism and cybercrimes.

He suggested the neighbors cope with crises together and "make joint efforts for future-oriented cooperative relations."