SEOUL, March 1 (Yonhap) -- The remains of a revered Korean independence fighter will likely be buried in a national cemetery south of Seoul after they're repatriated from Kazakhstan on an Air Force plane, a government official said Sunday.

The official said the government is considering taking the remains of Hong Beom-do, general commander of the Korean independence army during the 1910-45 Japanese colonial rule, to Daejeon National Cemetery in Daejeon, about 160 kilometers south of the capital, since there isn't enough space left at Seoul National Cemetery.

The government is also planning to fly an Air Force plane to Kazakhstan to bring back Hong's remains as early as the end of March.

In his speech marking the 101st anniversary of the March 1 Independence Movement earlier Sunday, President Moon Jae-in said Hong's remains will be brought home as part of the commemoration of the centennial of the Battle of Fengwudong.

Hong led the independence forces to a victory there, killing 157 Japanese troops and injuring some 300 others. The provisional government called it the first great victory in the war of independence. Hong died in Kazakhstan at age 75 and is buried there.

The government official on Sunday said Seoul's push was initially met with some opposition from Korean residents in Kazakhstan, as Hong was considered an integral part of their community, but they eventually agreed that Hong deserved to be buried in his native land. 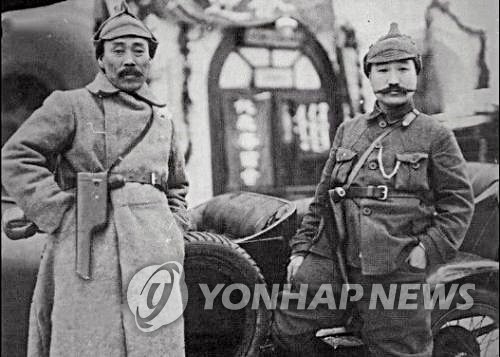 Remains of independence fighter to be repatriated from Kazakhstan, buried in nat'l cemetery

Remains of independence fighter to be repatriated from Kazakhstan, buried in nat'l cemetery