SEOUL, March 1 (Yonhap) -- South Korean ruling and opposition parties have agreed to quickly pass a bill on an extra budget to help fight the spread of the novel coronavirus, a ruling party official said Sunday.

Floor leaders of the ruling Democratic Party (DP), the main opposition United Future Party and the minor Party for People's Livelihoods met on Sunday at the National Assembly to come to this agreement, Rep. Yoon Hu-duk, DP's deputy floor leader, said during a press briefing.

Their goal is to pass bills on a supplementary budget and on tax support during the current extraordinary parliamentary session, which runs through March 17.

Last Friday, President Moon Jae-in reached an agreement with the party leaders on their bipartisan support for his administration's plan to submit the budget bill.

Yoon said the parties will look to pass as many bills on people's livelihoods and the economy as possible during the session. 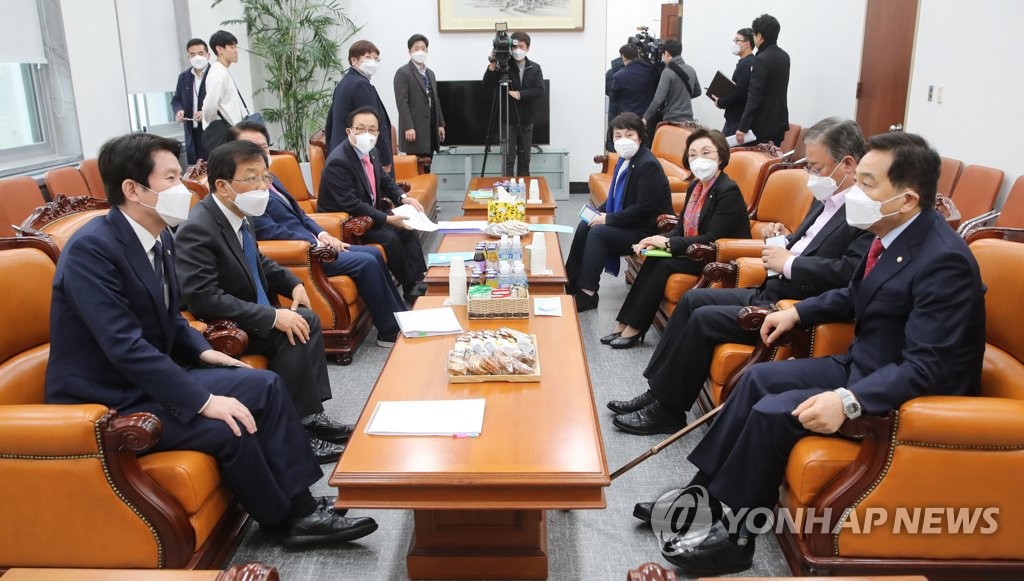