SEOUL, March 2 (Yonhap) -- South Korean institutions' investment in overseas securities surged sharply from a year earlier in 2019, largely due to a rise in their purchase of overseas bonds, central bank data showed Monday.

The combined value of foreign stocks and bonds held by South Korean institutions came to US$326.3 billion as of the end of last year, up $60.7 billion, or 22.9 percent, from a year before, according to the data from the Bank of Korea (BOK). 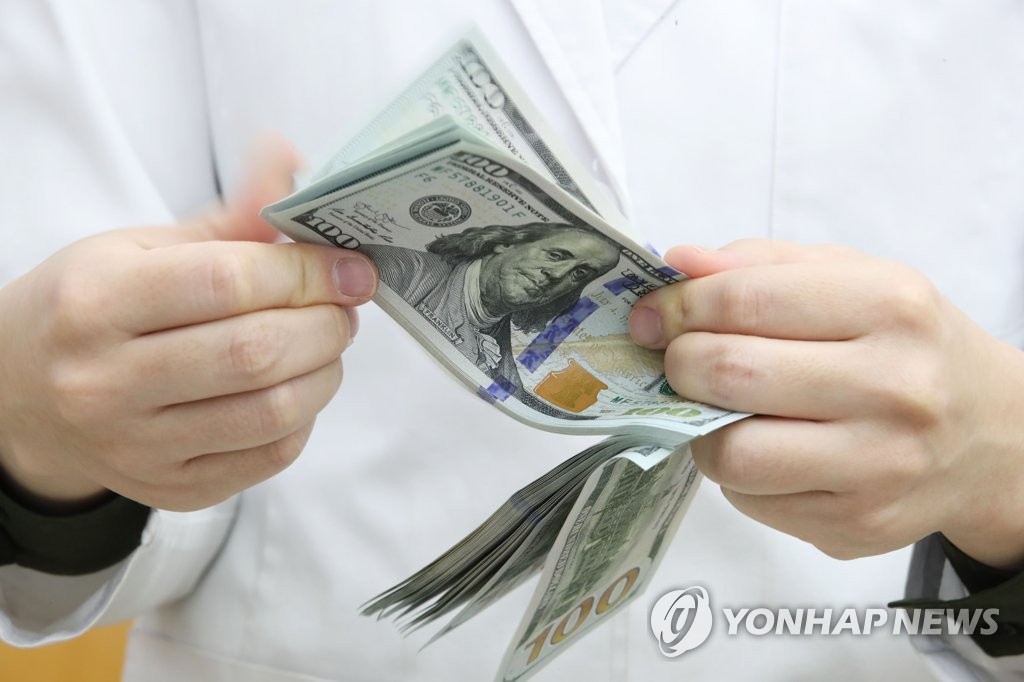 "Such an increase was largely due to a steady increase in demand for foreign bonds and stocks from asset management firms," the BOK said.

Investment in foreign securities by asset managers leaped 33.1 percent on-year to over $191 billion in 2019, while investment by insurance firms and securities companies rose 6.6 percent and 25.2 percent, respectively, to $87.7 billion and $21.1 billion.

The outstanding value of foreign stocks held by local institutions jumped 35 percent on-year to $106.7 billion, but the BOK partly attributed the increase to a rise in stock prices.

In 2019, U.S. stock prices jumped 22.3 percent from a year earlier while those of European and Japanese stocks soared 24.8 percent and 18.2 percent, respectively, it noted.

The value of Korean papers held by local institutions came to $42.35 billion at the end of last year, up 2.3 percent, or $940 million, from a year earlier.