After reporting its first outbreak on Jan. 20, the total number of infected patients had surged to 3,736 as of late Sunday, with the death toll here hitting 22. Of the total, over 2,700 have been confirmed in Daegu alone, with a total of 555 cases in North Gyeongsang. 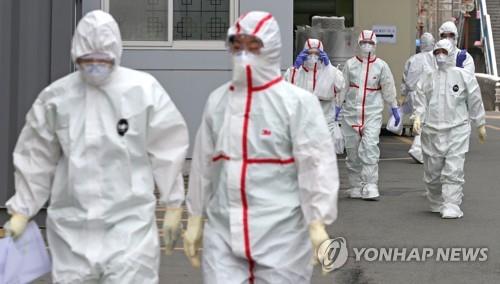 Reflecting the problems facing frontline medical centers and hospitals, the country is attempting to deal with the issue by sending more state employed doctors and other trained health workers to Daegu and North Gyeongsang.