SEOUL, March 2 (Yonhap) -- U.S. Forces Korea (USFK) commander Gen. Robert Abrams visited an American base in the southeastern city of Daegu on Monday, USFK said, amid a spike in the number of the new coronavirus cases in the region.

The visit came two days after USFK reported the COVID-19 infection of the wife of one of its soldiers, bringing the total number of USFK-related cases to four. The husband, based at Camp Carroll in the southeastern county of Chilgok, was also infected with the new virus.

Daegu, located 300 kilometers southeast of Seoul, has become a focus of South Korea's fight against the new virus after the number of patients in the city skyrocketed due to a cluster of infections centered on the Shincheonji religious sect.

South Korea has reported 4,212 cases of the new coronavirus as of Monday, 3,081 of which are in Daegu.

USFK has been implementing various measures to control the spread of the virus into the barracks, enhancing entry control and limiting non-mission essential meetings and off-installation travel by its personnel. 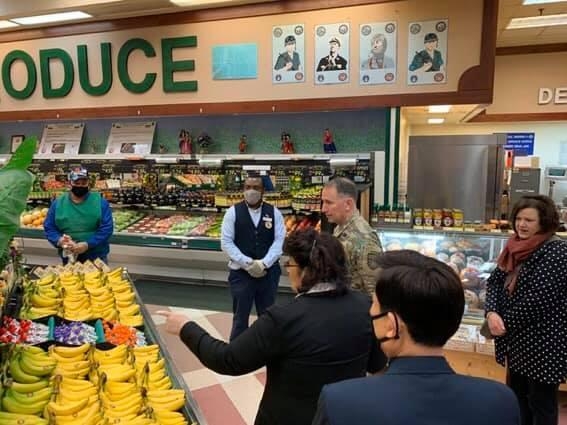 USFK commander inspects Daegu base amid spread of new coronavirus

USFK commander inspects Daegu base amid spread of new coronavirus