The session started at 1:30 p.m. and was presided over by Chung Eui-yong, director of national security at the presidential office, according to Cheong Wa Dae spokesperson Kang Min-seok.

Earlier in the day, the North fired projectiles from Wonsan, an eastern coastal city, into the East Sea, the South's military said, adding that it is analyzing details such as the projectiles' type and flight distance.

It was the first time this year the South's armed forces had detected a major projectile launch by the North.

Cheong Wa Dae stopped short of convening an immediate National Security Council (NSC) meeting in response to Pyongyang's latest projectile launch, indicating that it does not view the launch as a serious provocation. 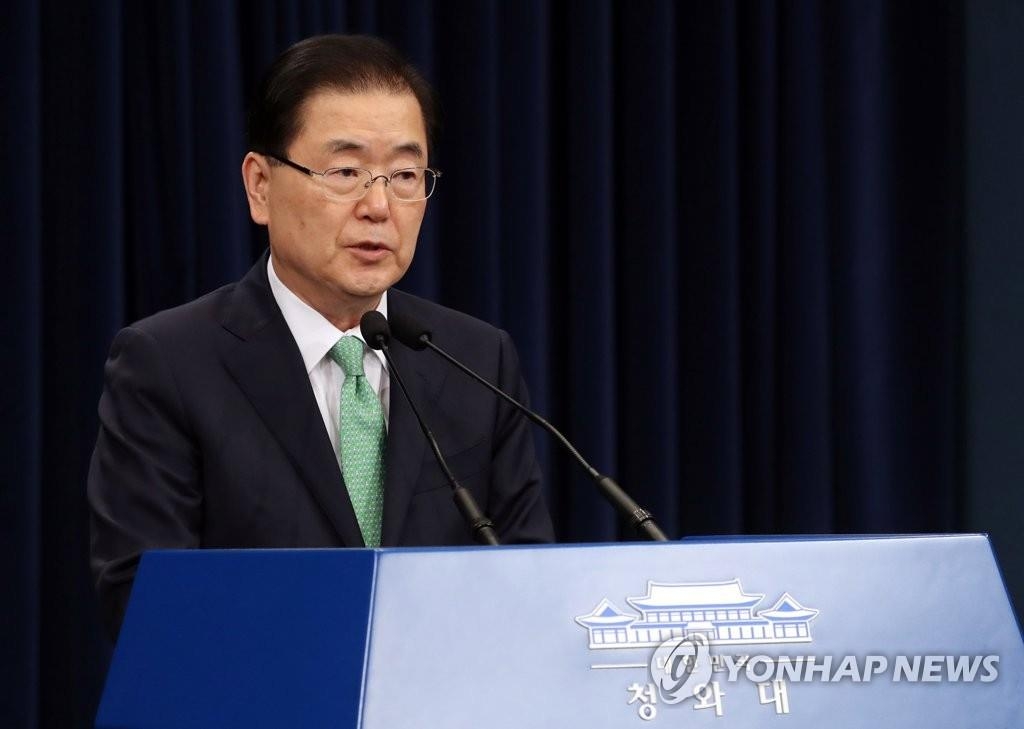