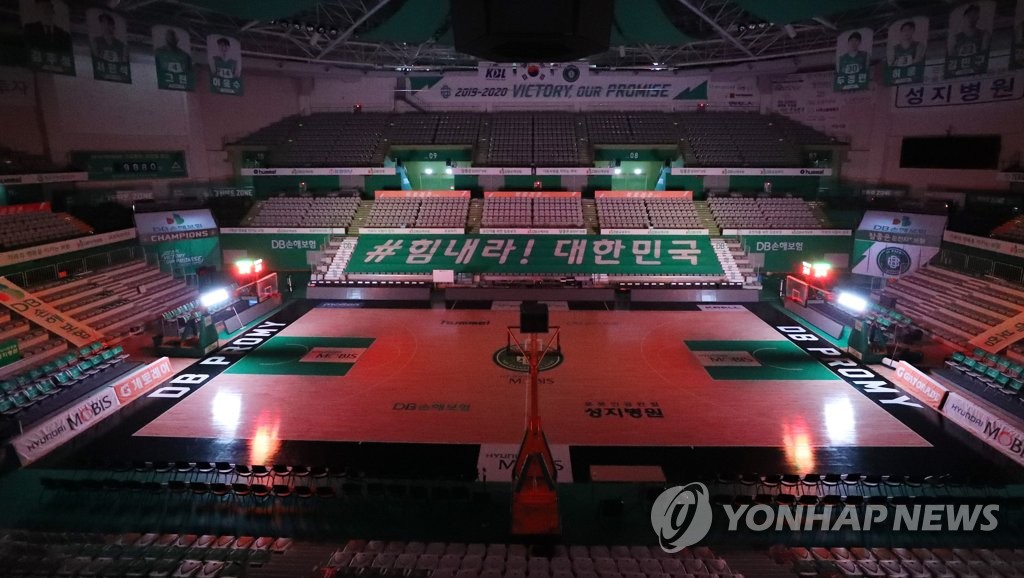 Lee In-sik, KBL's secretary general, said the entire season, including the championship final, would have ended on May 10 under normal circumstances, and the goal is to have all teams play the full 54-game regular season schedule and wrap up the playoffs by May 10.

"There will be a lot going on during the offseason, including free agency, and so we have to finish everything by then," Lee said. "With that in mind, we felt it was appropriate to resume the season after four weeks, and there was no dissenting opinion."

Lee said the league is also considering turning the first two rounds into one-and-done affairs and making the final a best-of-three series.

Lee acknowledged that more foreign players could be on the move, but said the KBL will leave it up to individual teams to handle their own situations.

In a future meeting, the KBL will explore the possibility of holding games in neutral venues near Seoul, in order to reduce traveling for teams.

Also on Monday, the Women's KBL (WKBL) decided to keep on playing the rest of the regular season behind closed doors until further notice, rather than following in the KBL's footsteps.

WKBL games have been closed off for spectators since Feb. 21.

Representatives from the six WKBL teams met Monday to discuss possible suspension of their season. But one participant in the meeting said the teams concluded it'd be safer for players to continue playing.

"During the season, players stay in their team dormitories, isolated from the outside world, and we agreed that it would actually help them stay healthy," the official said. "If we were to put the league on hold now, there's no telling when we can resume playing. Players would then have to go home and that would make them more vulnerable (to the virus)."

WKBL teams play 35 games each in the regular season, and they've each played 25 games so far this season. 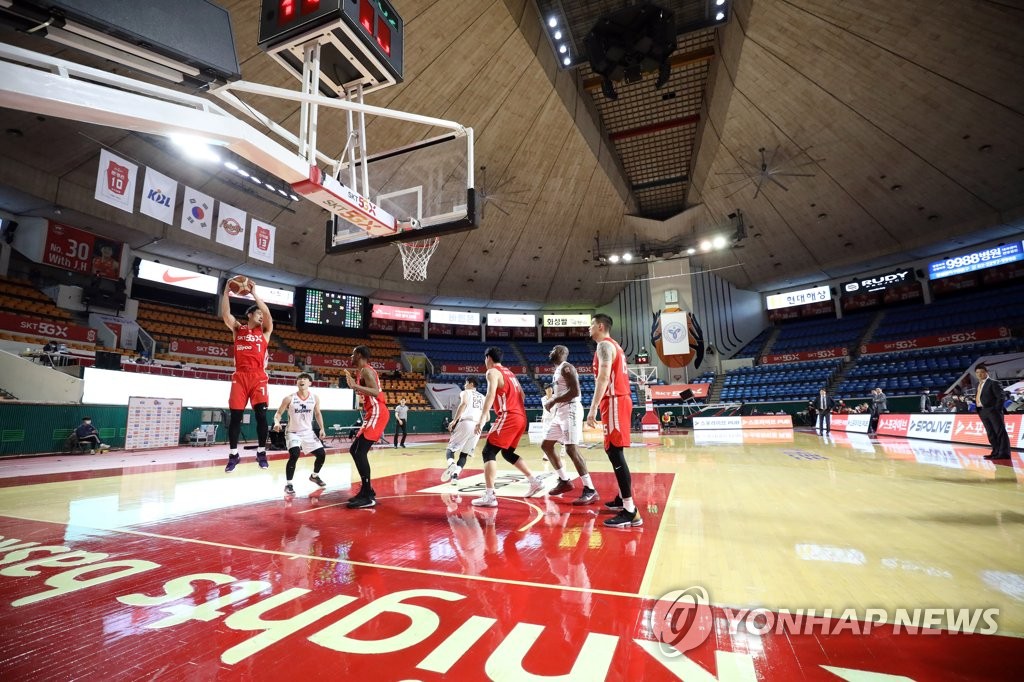