According to Billboard, BTS' latest album, "Map of the Soul: 7," debuted atop the Billboard 200 album chart dated March 7, scoring yet another No. 1 on the album chart following its three previous victories.

It achieved a string of new Billboard records: Selling 422,000 equivalent album units in the first week since its release on Feb. 21, "7" marks the biggest week for a group in four years since One Direction's "Made in the A.M." scored 459,000 units in December 2015. The first-week sales are nearly double the 230,000 units recorded by the previous BTS album, "Map of the Soul: Persona," in April last year.

It outsold a number of American music records by top-rung artists by a big margin, including Justin Bieber's "Changes," which sold 231,000 units in the first week, as well as Eminem's "Music to Be Murdered By" with 279,000 units.

BTS was the fastest group to generate four Billboard 200 No. 1s since The Beatles, who took just one year and five months.

The South Korean band's latest Billboard victory is in addition to its second No. 1 on Britain's Official Albums Chart Top 100 with "7." It became the first K-pop act to score more than two No. 1s on the British chart.

Also in the British music market, the opening week sales of "7" made it the fastest-selling album of 2020, overtaking the Eminem album.

"'Map of the Soul: 7' sold well without the aid of a concert ticket/album sale redemption offer, nor any merchandise/album bundles, as has become the norm for many major releases," Billboard said of the album's historic first-week album sales volume. 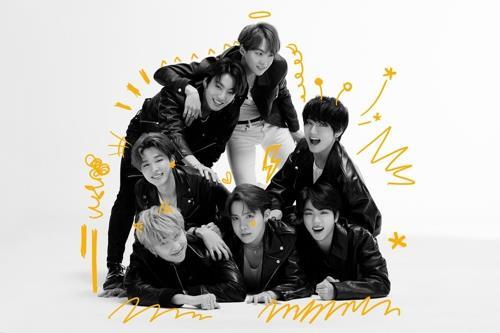 BTS first topped the Billboard 200 in May 2018 with "Love Yourself: Tear," becoming a household name in the global music scene but leaving people wondering if the band could sustain itself in the U.S. mainstream.

The two following Billboard-topping albums -- "Love Yourself: Answer" and "Map of the Soul: Persona" -- vindicated the band's sustainability, and "7" proved that BTS could take over the American music scene.

Hailing the latest album performance, U.S. business magazine Forbes said it signals "a changing of the guard for pop music."

"Map of the Soul: 7's stratospheric debut isn't just a victory for BTS. It's a smashing of the accepted pop music hierarchy and a changing of the guard," according to the magazine.

"BTS are not 'a big K-pop group'; they're a huge group, point-blank, a global phenomenon the likes of which the world hasn't seen in decades," it noted.

South Korean pop critic Park Hee-ah said that, with the Billboard victories, BTS brought its influence beyond the realm of Army, the devoted BTS fandom, to a broader range of music lovers.

"BTS cracked prejudices against an idol band of a certain race or a certain language group by doing successful album collaborations with famous Western artists ... It also succeeded in making their name known among the public, beyond Army," Park said.

Many eyes will be on Billboard's updates of its Hot 100 single chart on Tuesday (U.S. time) as well after "Boy With Luv," BTS's previous lead track from "Persona," peaked at 8th on the single chart.

Billboard will reportedly combine the performances of both the original recording and collaboration version, featuring Sia, of "ON," the lead track of "7," to place the single on the Hot 100.

Critics said the new album performance may bring the septet one step closer to a Grammy nomination. 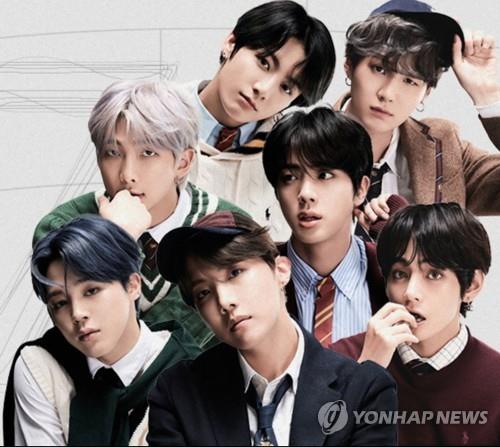 Keywords
#BTS Map of the Soul: 7 Billboard 200
Issue Keywords
Most Liked
Most Saved
Most Viewed All Categories
Most Viewed More
Most Viewed Photos