SEOUL, March 2 (Yonhap) -- North Korea is concentrating on its weapons development while remaining unresponsive to offers for talks, South Korea's defense chief said Monday, as the North flexed its military muscles with two projectile launches for the first time in three months.

Jeong Kyeong-doo made the remark in a congratulatory message for a commissioning ceremony of Reserve Officers' Training Corps, which came as Pyongyang launched what are believed to be short-range ballistic missiles in the first such launches since Pyongyang warned of a "new strategic weapon" at the beginning of the year.

"North Korea is focusing on its weapons development, stirring anxiety among the international community, while showing little response to the denuclearization talks with the U.S. or our government's proposal for inter-Korean exchanges and cooperation," he said.

Stressing that both traditional and non-traditional security threats surrounding the Korean Peninsula are diversifying and advancing, the minister said the military is putting forth various efforts to deal with such evolving threats, while noting the "ironclad alliance" with the U.S.

South Korea's Joint Chiefs of Staff said the North's latest projectile launches appear to be a continuation of the joint strike drill it conducted Friday under the supervision of leader Kim Jong-un. It was not immediately known if Kim inspected Monday's launches as well. 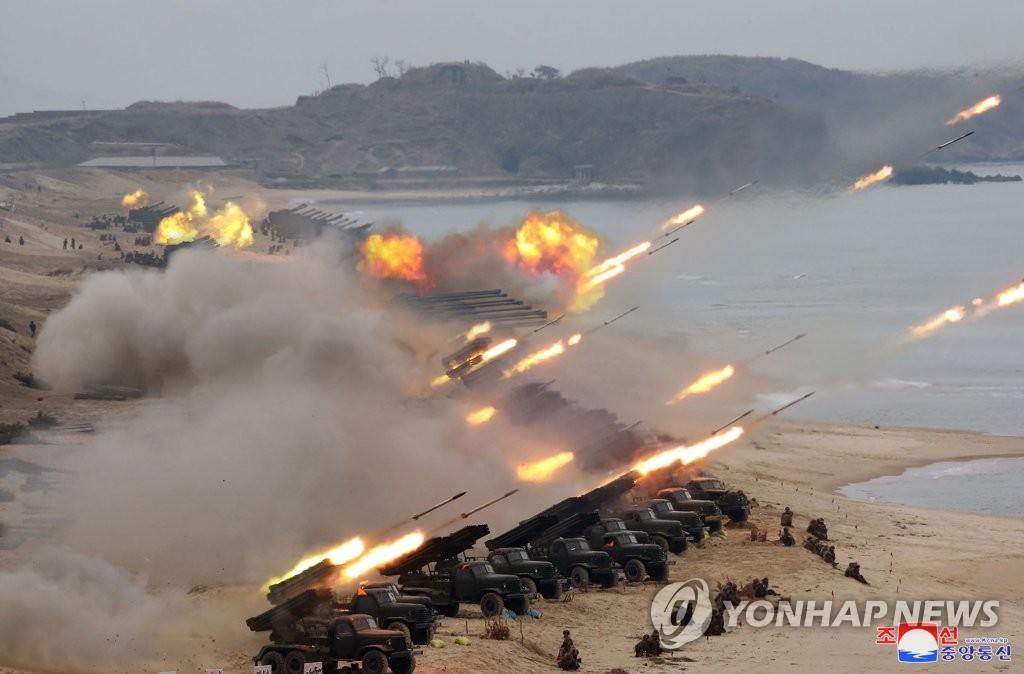