SEOUL, March 2 (Yonhap) -- The South Korean national volleyball federation decided to suspend men's and women's professional leagues on Monday, joining other sports organizations in an effort to curb the spread of the coronavirus.

The Korean Volleyball Federation (KOVO) said both the men's and women's V-League regular seasons will be put on hold, starting with matches scheduled for Tuesday. 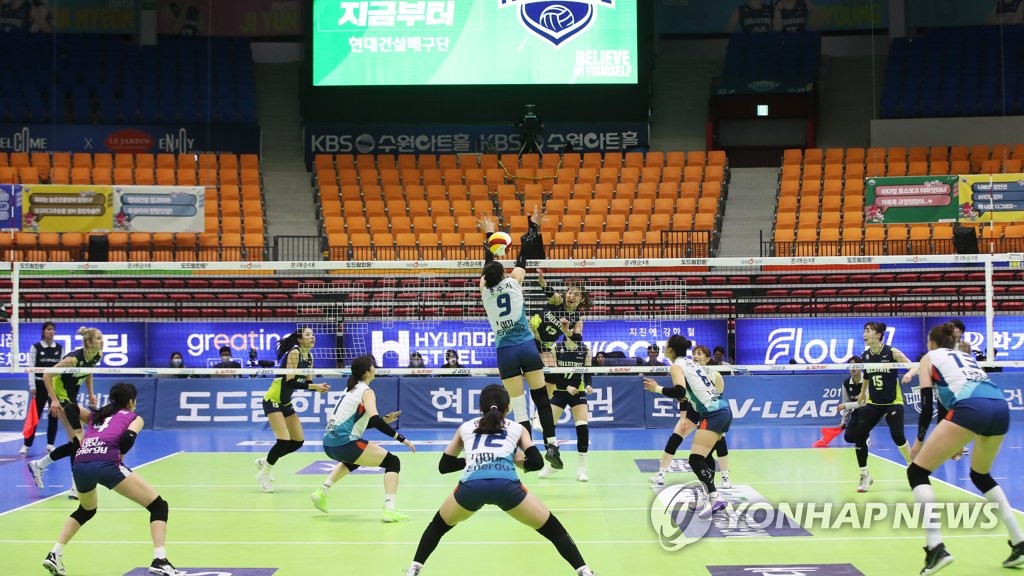 The women's league survived a scare when a medical trainer for a team developed fever and tested negative for COVID-19 last week.

Team officials felt they could no longer go on, as the number of confirmed cases continued to surge in the country.

The KOVO said it'll closely monitor the situation and come up with follow-up measures accordingly.

The virus has brought South Korean professional sports almost to a complete halt. The Korea Baseball Organization (KBO) canceled its entire preseason and may also push back the March 28 Opening Day for the regular season. Football's K League also postponed the start of the 2020 season, which would have been last Saturday.

The Korean Basketball League (KBL) decided last Saturday to suspend its regular season, and it announced earlier Monday that the season will resume on March 29. The Women's KBL, following a meeting among team reps on Monday, will continue to play its games behind closed doors. 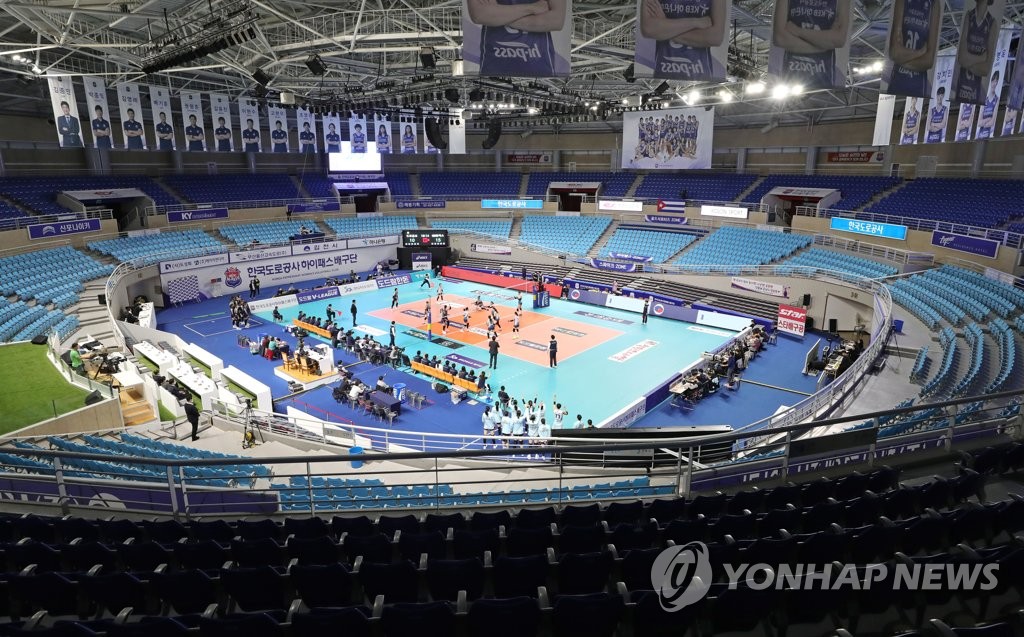