SEOUL, March 3 (Yonhap) -- Kim Kwang-hyun of the St. Louis Cardinals has been scratched from his spring training start with a sore groin, hitting a speed bump in his quest to win a rotation spot as a big league rookie.

The South Korean left-hander was scheduled to start against the Minnesota Twins in Jupiter, Florida, on Monday (local time) in his second spring start and third preseason appearance overall. But he developed what the Cardinals said was mild groin soreness, and the club wasn't taking any chances with its new 31-year-old. 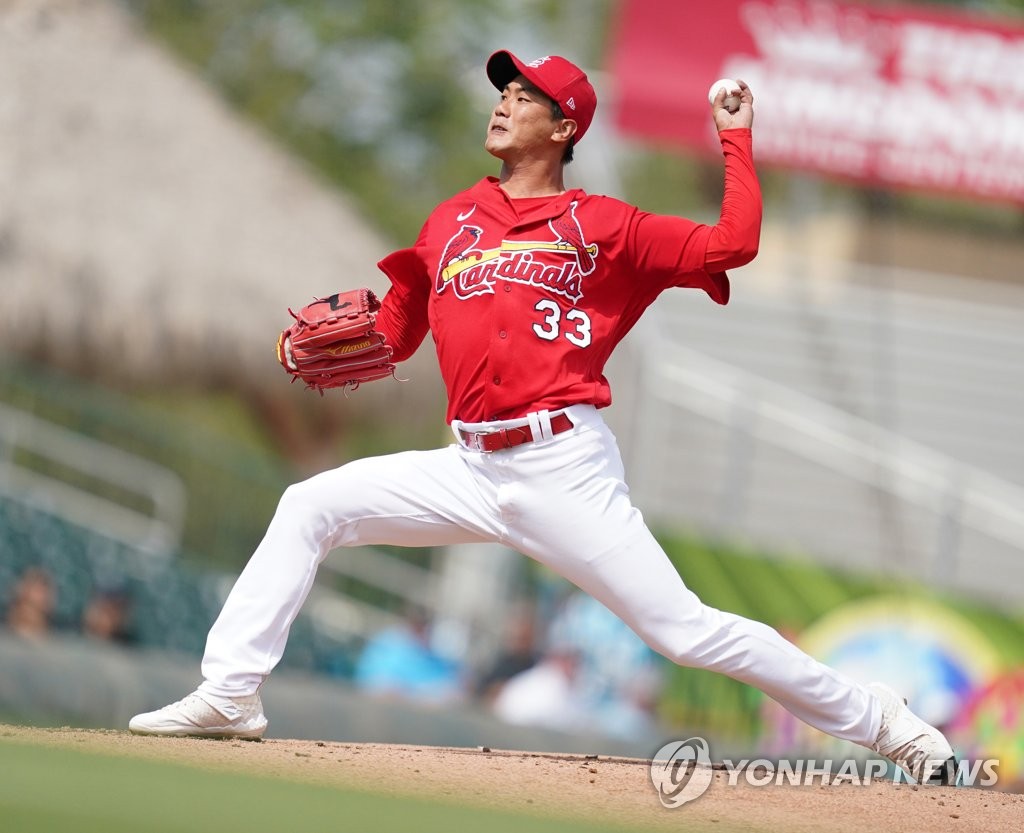 "It's very mild," manager Mike Shildt told MLB.com of Kim's injury. "To say it's nothing wouldn't be accurate, because it's something. But we moved (Kim) back, and the training staff found it proactively, which I applaud. Just want to make complete sure that everything is fine. Zero arm-related. We're being super, uber conservative on this."

The Cardinals said Kim, who had been set to pitch three innings or 50 pitches, will throw a bullpen session on Monday instead. And if all goes well, Kim will start one of the Cardinals' two split-squad games on Thursday.

One Cardinals squad will host the New York Mets at Roger Dean Chevrolet Stadium in Jupiter that afternoon, and the other half will travel to West Palm Beach to take on the Washington Nationals.

Kim, who signed a two-year deal in December out of the SK Wyverns in the Korea Baseball Organization (KBO), has not allowed a run or a hit in three innings this spring -- one inning in relief and two in a start. He's struck out five and walked one. His previous outing came last Wednesday.

Genesis Cabrera, another left-hander competing for a place in the rotation, got the start in Kim's stead on Monday. Cabrera was originally scheduled to follow Kim. 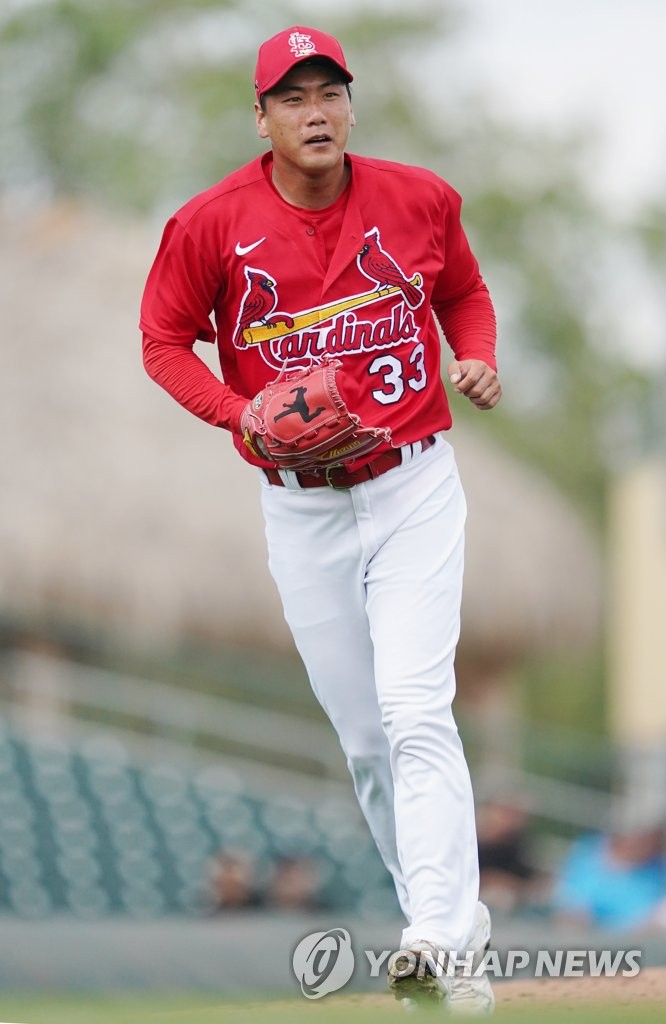