The South's Joint Chiefs of Staff said Monday that the North fired two projectiles believed to be short-range ballistic missiles off its east coast in the first such launches since Pyongyang warned early this year it will show off a "new strategic weapon."

"As he ordered the sub-units to start the fire, the men of long-range artillery pieces on the front opened fire all at once," the official Korean Central News Agency said of Kim overseeing the exercise.

"The men of long-range artillery pieces ... proudly demonstrated the accurate marksmanship," KCNA said. "He expressed great satisfaction with the fact that the artillerymen are prepared to make rapid reaction to any circumstances and perfectly carry out their firepower combat duties."

"He said that the People's Army should keep full combat-readiness to protect the sky, land and sea of the country from any encroachment, steadily increase its combat capabilities," it said.

The report did not elaborate on the details of the weapons used at the training, but photos released by the state media showed a rocket being fired from what appeared to be a super-large multiple rocket launcher North Korea tested last year.

North Korea could be nearing the operational deployment of the new system, as when it reported the launcher's test-firing last year, the state media said it was to "finally examine the combat application" of the device.

North Korean media did not disclose where the drill was conducted, but the South Korean military earlier said the projectiles were launched from near the North's eastern coastal town of Wonsan.

Army Gen. Pak Jong-chon, chief of the General Staff of the North Korean Army, and other commanding officers accompanied the leader, it said.

North Korea conducted 13 major weapons tests last year, but has been keeping its military operations low-key in recent months amid the outbreak of the coronavirus across the globe.

This week's firing, the first of its kind in about three months, also came a day after South Korean President Moon Jae-in called for expanding health care cooperation between the two sides amid the global spread of the new coronavirus.

Watchers say the North appears to be trying to strengthen its internal power base amid fears over the spread of COVID-19 and economic difficulties, due mainly to the prolonged sanctions regime. North Korea claims that it does not have a single confirmed case of the novel virus.

Monday's firings came just days after the first anniversary of the second summit between Kim and U.S. President Donald Trump in Hanoi. 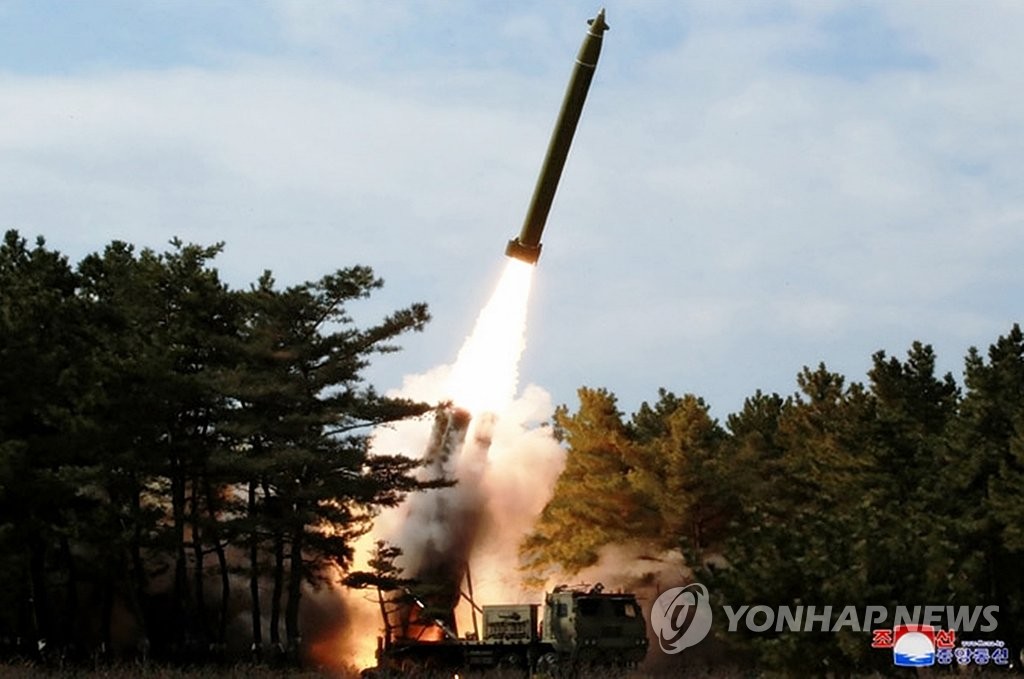