SEOUL, March 3 (Yonhap) -- "ON," the lead track of BTS' new album, debuted at 4th on the Hot 100 singles chart this week, the highest rank for any BTS song, Billboard said Monday (U.S. time).

"BTS scores its third and highest-peaking Hot 100 top 10, and the highest-charting song ever for a K-pop group, as 'On' roars in at No. 4," Billboard said, announcing the weekly chart dated March 7.

It is BTS' first top five hit on the highly competitive singles chart and the band's third top 10 entry.

The singles chart dated March 7 was topped by "The Box" by Roddy Ricch for the eighth week.

The Hot 100 blends all-genre U.S. streaming, radio airplay and sales data. The latest results will be posted in full on the Billboard website on Tuesday (U.S. time).

"ON" also topped the Digital Song Sales chart for this week with 86,000 downloads, Billboard said, adding that it marks "BTS' best sales week for a song and the strongest for any title since Taylor Swift's 'Me!,' featuring Brendon Urie," which recorded 193,000 in May 2019.

The singles chart result follows another record-breaking performance by "7," which debuted atop the Billboard 200 albums charts, BTS' fourth No. 1 on the chart. 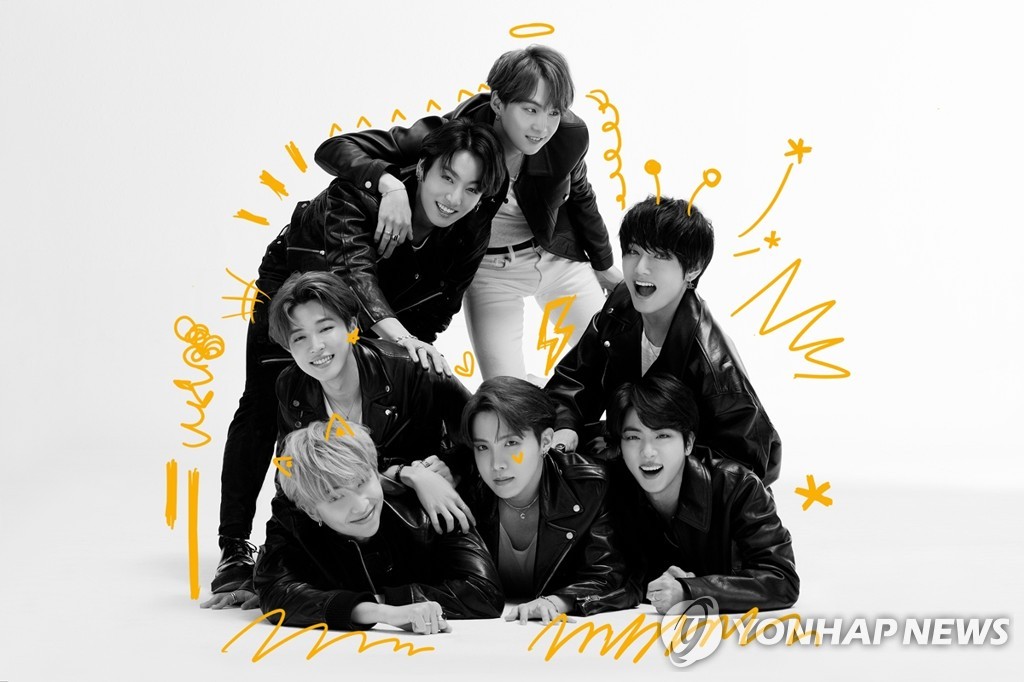 Including the two, BTS now has a total of 11 songs that have entered the Hot 100 chart, the most for a K-pop act.

The latest Hot 100 feats by songs from "7" came despite the dearth of radio airplay for the songs in the United States as non-English singles.