(ATTN: UPDATES with Pence's remarks, other details from para 6)
By Lee Haye-ah

Pence said the screenings began "three hours ago" and involve multiple temperature checks on the passengers before they board. He spoke during a White House briefing to provide an update on the U.S. response to the coronavirus outbreak. 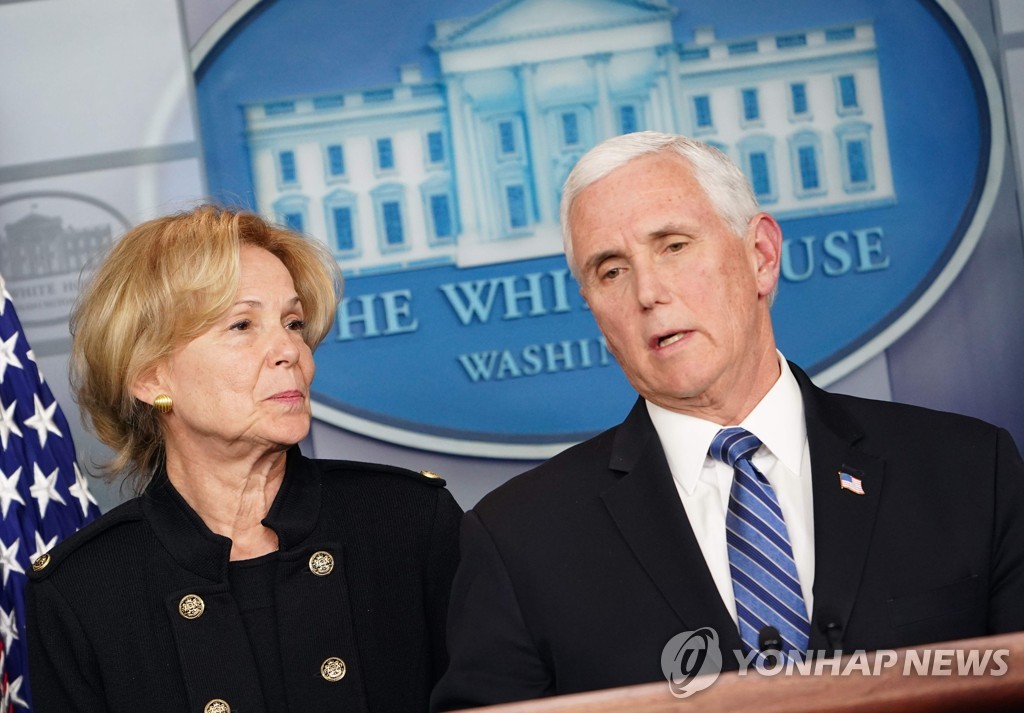 Italy, another country hit hard by the virus, will also begin screenings "within the next 12 hours," according to Pence.

The precautionary measure for South Korea comes after the country reported 4,335 infections and 28 deaths as of Monday.

"The American people should know that we are saying that they should not travel to certain sections of Italy or South Korea," he said. "Those advisories may expand, but we'll allow the caseload in those countries to define that."

The rest of South Korea is currently under the second-highest travel advisory, which urges Americans to reconsider travel.

Pence said the screening protocol will "ensure that anyone traveling on a direct flight to the United States of America receives multiple screenings at all airports in Italy and South Korea."

"South Korea, actually, about three hours ago fully implemented the screening on all direct flights at all airports," he added. "And as I mentioned, within the next 12 hours or so, Italy will have implemented the same thing. It will be multiple temperature checks in the airports for people before they are boarding. And we're working very closely to assist them in implementing that."

The U.S. has been toughening its response to COVID-19 as the number of infections in the country grows. Four additional deaths linked to the virus were reported Monday, bringing the total to six.