(ATTN: UPDATES with remarks from a BOK official in paras 13-17)
By Byun Duk-kun

SEOUL, March 3 (Yonhap) -- South Korea's economy grew slightly faster than expected in the fourth quarter of 2019, although this had no effect on the overall economic expansion for last year, central bank data showed Tuesday.

Asia's fourth-largest economy grew 1.3 percent in the fourth quarter from three months earlier, 0.1 percentage point higher than earlier expected, according to preliminary data from the Bank of Korea (BOK).

The country's annual growth, however, remained unchanged at 2 percent. 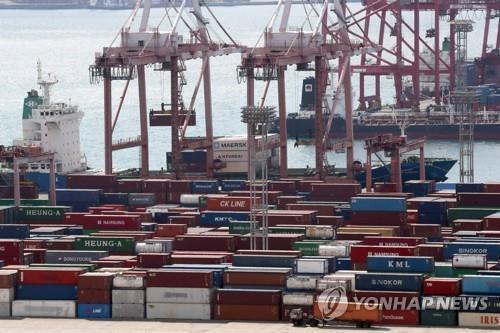 The annual growth was the slowest in a decade, caused largely by a lengthy trade dispute between the United States and China, the world's largest importers of South Korean goods.

South Korea posted an on-year drop in exports each and every month last year.

"On the expenditure side, while the growth of government consumption continued and the contraction of construction investment moderated, the growth of exports and private consumption slowed and facilities investment declined by a larger amount compared to the previous year," the BOK said in a press release.

In 2019, gross domestic product (GDP) by the construction industry dipped 3.0 percent from a year earlier while GDP by the manufacturing sector added only 1.4 percent over the cited period. 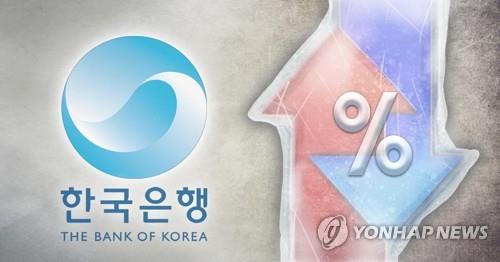 Meanwhile, the BOK said the country's gross national income (GNI) increased 0.3 percent in 2019 from a year earlier, the slowest growth since 1998, when its GNI plunged 7.7 percent on-year in the midst of the 1997 Asian financial crisis.

"Real GNI rose by 0.3 percent as the terms of trade worsened due to factors such as a decrease in semiconductor prices, although real gross domestic product and real net factor income from the rest of the world increased," said the press release.

A BOK official said the virus outbreak may not have a lasting impact on the country's economy if contained in the near future.

"I believe it may have an effect (on growth) should the virus spread globally and become a global shock," said Park Seong-bin, an official from the BOK's economic statistics department.

"But I believe it will not have any great impact should the outbreak end up being a one-time shock as hoped," he told a press briefing.

South Korea had reported 4,335 confirmed infection cases with 28 deaths as of Monday.