SEOUL, March 3 (Yonhap) -- On the strength of his first PGA Tour title, South Korean Im Sung-jae has broken into the top 30 in the world rankings for the first time.

Im, who captured the Honda Classic in Florida at the weekend, jumped nine spots to reach No. 25 in the latest world rankings announced Monday (in U.S. time).

Im's previous career high was No. 32. 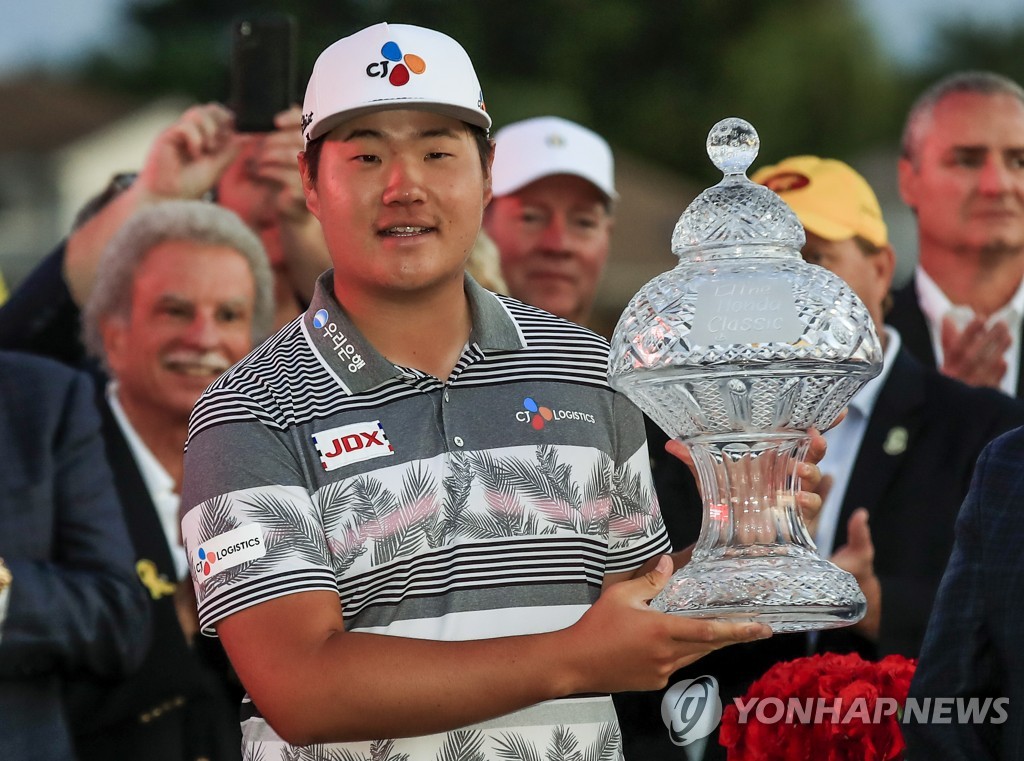 The 21-year-old rallied from a three-shot deficit in the final round to win the Honda Classic by one stroke over Mackenzie Hughes of Canada and take home US$1.26 million. It was Im's 50th career PGA start.

Im is the top South Korean on the men's rankings. An Byeong-hun, who tied for fourth at the Honda Classic, moved up from 52nd to 47th.