It represents an increase of around 1.2 trillion won from the previous month, which analysts say is an unusually large sum for the early months of the year. The figure also contrasts with a decline of about 225 billon won in January.

Bank credit loans tend to drop or inch up during the first two months of the year as household finances are relatively good thanks to bonuses and other factors. 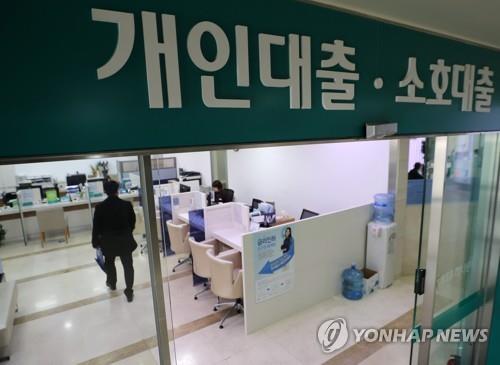 Last year, the five lenders' unsecured loans for individuals shrank by some 1.1 trillion won in January and grew by only 8.7 billion won in February.

Jeonse is a home rental arrangement unique to South Korea in which tenants pay a large sum of money as a deposit instead of paying monthly fees.

South Korean financial authorities have tightened mortgage rules in a move to plug any possible loopholes in its efforts to stabilize home prices.

According to the data, the five banks' outstanding mortgage loans totaled 439.6 trillion won as of the end of February, up 956 billion won from a month earlier. It marks the first time since January 2018 that the monthly increase of mortgage loans has hovered below the 1 trillion won mark.
(END)