(ATTN: UPDATES with latest tally in para 2, throughout)

The cases of COVID-19 confirmed on Tuesday brought the nation's total number of infections to 5,186 as of 4:00 p.m., with 31 deaths, according to the Korea Centers for Disease Control and Prevention (KCDC). Three additional deaths were reported Tuesday in the southeastern city of Daegu, the epicenter of virus outbreak here.

The last 10 deaths occurred during treatment at hospitals in Daegu or in surrounding North Gyeongsang Province, officials said. All the victims had preexisting illnesses and were in their 60's to 80's. 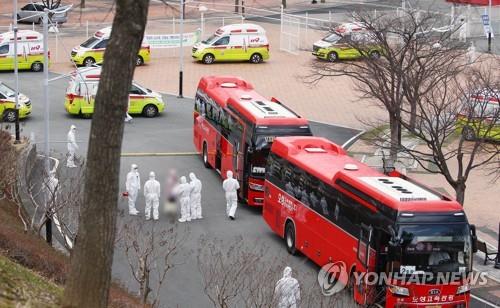 The KCDC said the underlying diseases in 31 death cases vary. Among them are cancer, kidney failure and diabetes, and most of the deceased suffered from at least one preexisting ailment, sometimes two.