SEOUL, March 3 (Yonhap) -- South Korean shares ended higher for the second straight session on Tuesday ahead of a crucial teleconference by the Group of Seven on measures to mitigate the economic fallout from the coronavirus outbreak. The Korean won fell against the U.S. dollar.

South Korean shares opened sharply higher earlier in the day, tracking overnight gains on Wall Street over expectations of rate cuts in the United States and other countries. 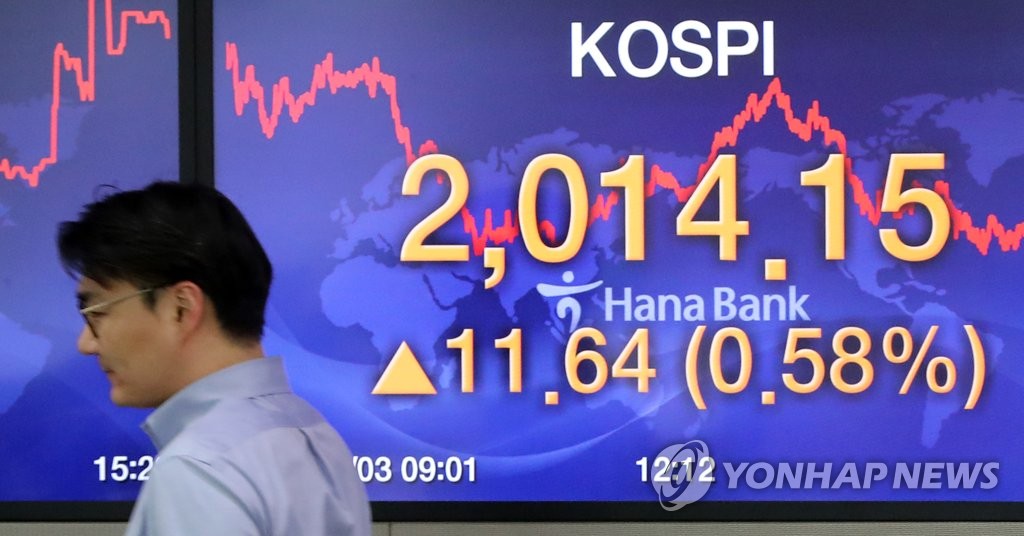 But they trimmed earlier gains as no major breakthrough was reported in a draft joint statement on coronavirus by the G7, Huh Jae-hwan, a strategist at Eugene Investment Co., said.

G7 Finance ministers and central bank governors are to hold a teleconference later in the day to discuss how to deal with the economic fallout from the coronavirus outbreak.

Huh said foreigners and institutions turned net sellers on profit-taking by taking advantage of a rebound in the local stock market. Foreign investors offloaded a net 307 billion won worth of local stocks, while retail investors scooped up a net 710 billion won.

South Korea has reported more than 4,800 confirmed coronavirus cases, while the death toll reached 28 on Tuesday.

Hanjin KAL, the holding company of Hanjin Group, which has Korean Air Lines Co. and low-cost carrier Jin Air Co. under its wing, rose 20.6 percent to a record high of 80,800 won amid the owner family's dispute over management control.

Bond prices, which move inversely to yields, closed higher. The yield on three-year Treasurys fell 1.8 basis points to 1.110 percent, and the return on the benchmark five-year government bond shed 1.3 basis points to 1.198 percent.