SEOUL, March 3 (Yonhap) -- Despite a solid recovery a month ago, uncertainty is mounting over South Korea's semiconductor exports in March due to the global spread of the new coronavirus.

Officials and analysts say South Korea's overseas shipments of chips, one of its flagship export items, will likely take a hit in March should the outbreak last for a long period of time.

South Korea's overseas shipments of chips advanced 9.4 percent from a year ago in February, the first on-year increase in 15 months.

Announcing the country's export tally for February, the Ministry of Trade, Industry and Energy struck a cautious note over this month's semiconductor exports. 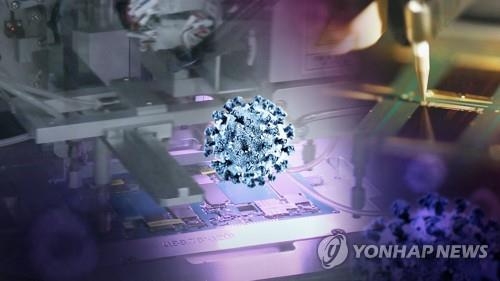 "If the fallout of COVID-19 continues for long, there is a need to keep tabs on whether chip exports will be able to keep growing in March and thereafter," the ministry said.

Market watchers chimed in. "It is necessary to lower expectations for semiconductor exports in March. Compared with a year earlier, they are expected to shrink," said Hana Financial Investment in a note to investors.

Lee Seung-woo, an analyst at Eugene Investment & Securities, was downbeat as well. "Concerns are escalating over a fall in demand for IT products amid the global spread of COVID-19. It is hard to be rosy about the situation after March."

Other watchers said South Korean chipmakers will have no choice but to suffer setbacks should a prolonged coronavirus outbreak disrupt China's production lines.

China is South Korea's leading export market, with slightly over 25 percent of South Korea's overseas shipments going to the world's second-largest economy. Chips accounted for roughly 18 percent of all exports in February. 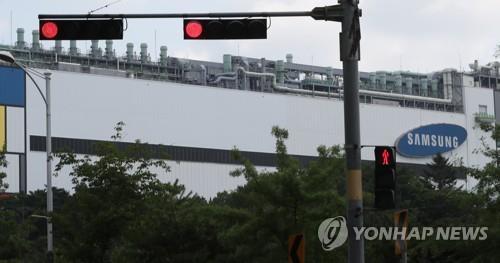 According to market tracker DRAMeXchange, prices of DRAM chips for personal computers touched a monthly high of US$2.88 in February, up 1.4 percent from the prior month. Prices of 32-gigabit server DRAMs came to $115.50 last month, up 6 percent from the preceding month.

In a recent report, Daeshin Securities estimated that demand for server DRAMs got a boost from the expansion of North American data centers and increased telecommuting in the wake of the coronavirus outbreak.

South Korea, Asia's fourth-largest economy, is reeling from the fast spread of the pneumonia-like disease. As of early Tuesday, the country had more than 4,800 confirmed cases, with the coronavirus death toll hitting 29.

Some watchers, meanwhile, said the possibility of disruptions in production at chip plants in South Korea or China cannot be ruled out totally.