SEOUL, March 3 (Yonhap) -- An increasing number of countries are suspending flights to South Korea, government officials said Tuesday, amid rising cases of the new coronavirus in the Asian country.

Vietnam, Turkey, Italy and the Czech Republic recently said they will stop flight services on routes to South Korea from Thursday, Hwang Seong-pil in charge of the issue at the ministry said over the phone.

"Through our ambassadors to the countries, the South Korean government is making efforts to persuade the governments of the countries to withdraw their decisions," he said. 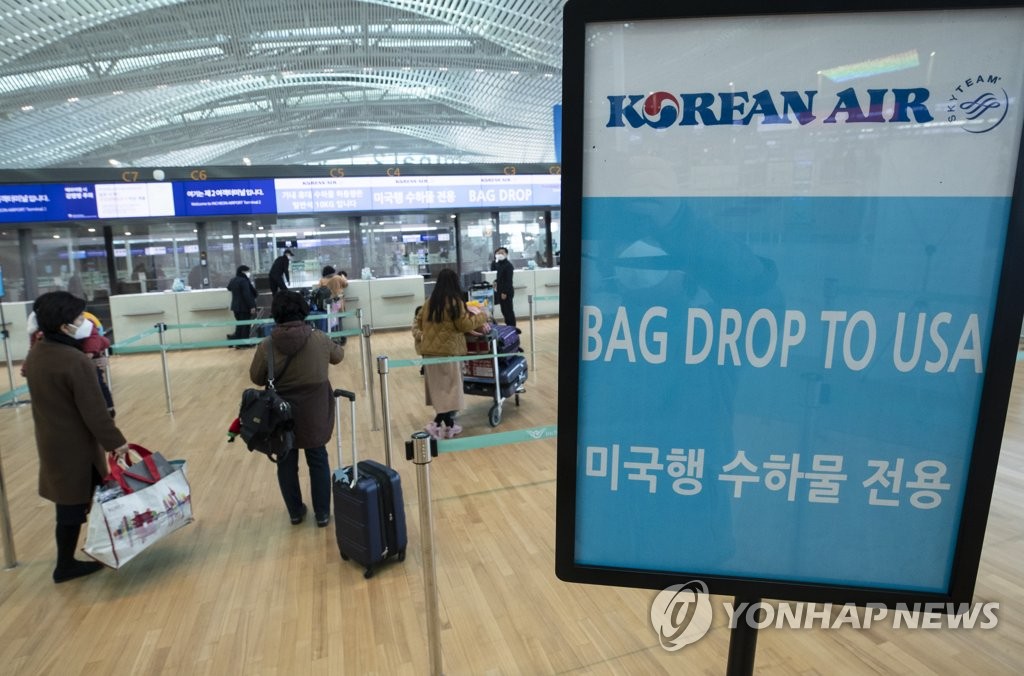 But he said there could be more countries taking similar steps unless the coronavirus is contained.

As of 9 a.m. Tuesday, 87 countries and regions have imposed entry bans or quarantine measures against people from South Korea, which has so far reported 4,812 confirmed cases of the novel virus and 28 deaths.

Korean Air plans to temporarily reduce the number of flights on routes from Incheon to San Francisco, Honolulu and Boston from March 7-28 to minimize the impact of the deadly virus on its business.

The flight cuts to the United States are adding to woes at the company, which has already suspended some of its flights on Chinese and Southeast Asian routes since early February.

Asiana Airlines said it will halt more flights on Asian routes until mid-April. Its flights to China fell to 53 on 14 routes from 204 on 26 routes.

As part of self-rescue measures to weather the fallout from the virus, Asiana asked all 10,500 employees to take turns going on 10 days of unpaid leave starting Feb. 19 so the company can cut costs and avoid snowballing losses.

Low-cost carriers joined the two full-service carriers to deal with the virus outbreak.

All executives at Air Seoul returned a portion of their salaries -- as much as 30 percent -- last month and won't accept salaries in March. Its employees will take paid leave for the whole of this month and receive salaries worth 70 percent of their regular wages.