BUSAN/SEOUL, March 3 (Yonhap) -- A grenade exploded on a Navy vessel during a maritime firing drill off the southern coast on Tuesday, wounding seven sailors, two of them seriously, the Navy said.

The explosion occurred for unidentified reasons at around 12:20 p.m. on the 130-ton Chamsuri-class patrol killer boat affiliated with the Third Fleet in waters near Geoje Island, according to the Navy.

Two were wounded seriously, though the injuries are not life-threatening, while five others sustained light wounds, the Navy said. All have been sent to nearby hospitals, it added.

"The Navy immediately halted all firing drills on and off shore, and is conducting an investigation into what caused the accident. We will then seek preventive measures," the Navy said in a release.

Around 30 sailors were on the patrol boat at the time of the accident for a drill "necessary for the maintenance of the vessel and readiness posture," according to a naval officer. 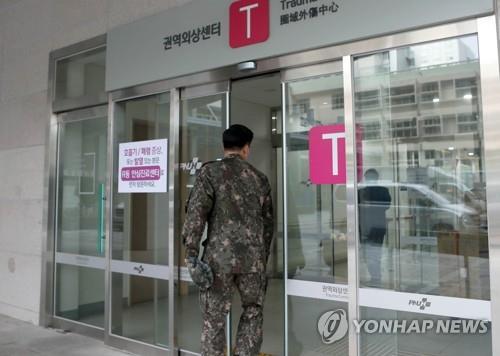