SEOUL, March 3 (Yonhap) -- South Korea's government said Tuesday it has decided to postpone a written test for applicants seeking to become public servants at the lowest ranked grade nine of the civil service until after May amid the spread of the new coronavirus.

The test, scheduled for March 28, will be put off until possibly after May, according the Ministry of Personnel Management.

The move follows the government's recent decision to postpone the first round of tests to select diplomats and public servants for grade five until after April.

The ministry said it has made an emergency decision on the basis of the test being conducted nationwide, adding that the move is aimed at ensuring the safety of applicants and the wider population.

Around 185,000 people applied for the state test to pick ninth-grade public officials.

South Korea reported additional 600 cases of the new coronavirus on Tuesday, bringing total infections to 4,812. More than half the cases have been traced to a branch of the religious sect Shincheonji Church of Jesus in the southeastern city of Daegu. 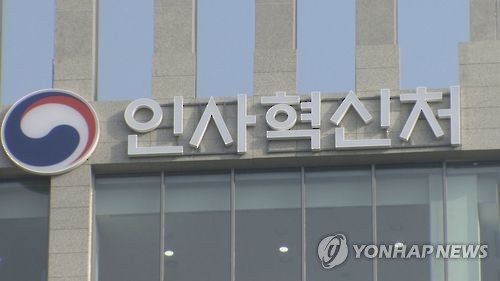