SEOUL, March 4 (Yonhap) -- South Korea's foreign exchange (FX) reserves dropped slightly from a month earlier in February, central bank data showed Wednesday, largely on the strengthening of the U.S. dollar that reduced the dollar value of the country's reserves held in other currencies.

The country's FX reserves came to US$409.17 billion as of end-February, down $480 million from the record high of $409.65 billion tallied a month before, according to the data from the Bank of Korea (BOK). 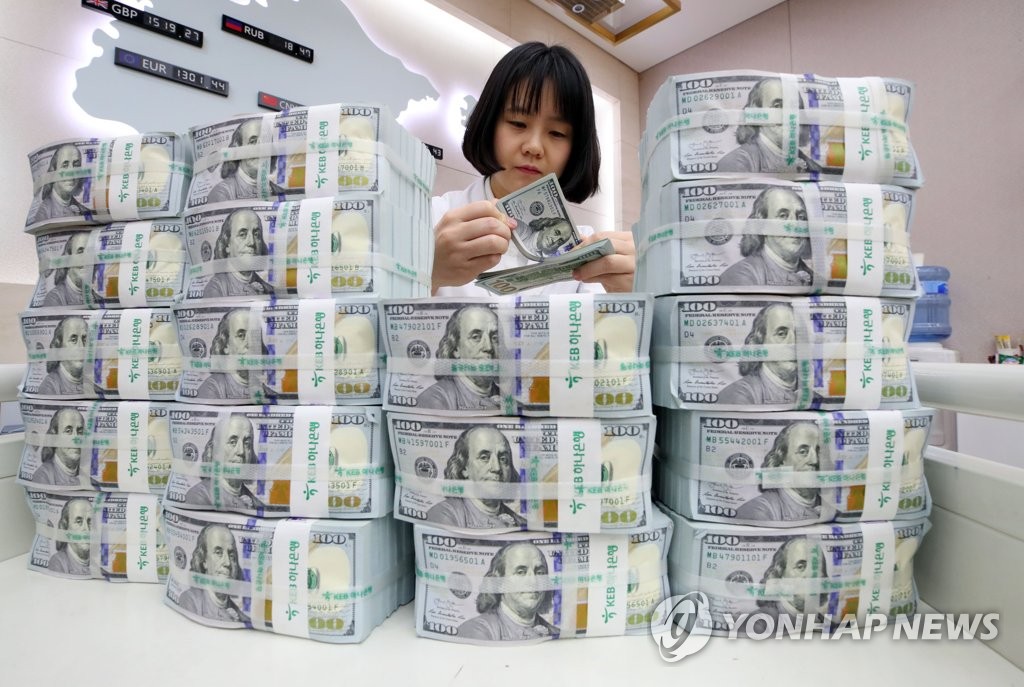 The BOK attributed the drop to the advance of the U.S. greenback against other currencies.

"This (drop) was mainly due to a cut in the dollar value of other foreign denominated assets caused by the strengthening of the U.S. dollar," it said.

As of end-February, South Korea held $371.22 billion in foreign securities, down $7.23 billion from a month earlier.

Its foreign savings, on the other hand, jumped $6.8 billion over the cited period.