SEOUL, March 3 (Yonhap) -- North Korea's main newspaper called Tuesday for greater efforts to tackle African swine fever and other animal diseases, even as the country has been in an all-out battle to prevent the outbreak of the new coronavirus.

The Rodong Sinmun said every worker should keep in mind that such anti-epidemic efforts are directly related to the output of the livestock industry, stressing that they should contribute to the livelihood of the people by increasing output.

"Global outbreaks of diseases such as bird flu and the African swine fever, and the increasing damage incurred by them, highlight the importance of animal disease control," the paper said.

The article is the latest in a series of North Korean reports calling for efforts to control animal-related diseases, apparently reflecting the country's concerns that an outbreak of an infectious disease could further strain its already weakened economy.

North Korea reported its first outbreak of African swine fever at a pig farm near its border with China in May but has not reported any additional cases since then.

Last week, North Korean leader Kim Jong-un presided over a politburo meeting of the ruling Workers' Party to discuss measures to prevent the new coronavirus from spreading in the country.

The new virus cases are rapidly surging across the globe, including in China and South Korea, but North Korea has yet to report a case of COVID-19.

Pyongyang has been implementing a string of measures to prevent the spread of the novel virus, calling it a "political matter" that could determine the fate of the country. 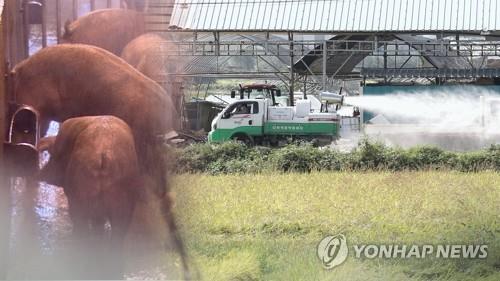