SEOUL, March 3 (Yonhap) -- The sister of North Korean leader Kim Jong-un slammed the office of South Korean President Moon Jae-in on Tuesday for complaining about the North's projectile launches, saying the firing drill was an act of self-defense.

Kim Yo-jong, the first vice department director of the Central Committee of the ruling Workers' Party, claimed that it makes no sense for the South to take issue with the North's self-reliant exercises while it has "enjoyed" joint military exercises with the United States.

Kim said the South's attitude will only deepen the North's mistrust, hatred and contempt toward it.

"After all, this means that they have to be prepared militarily, but we should not conduct military exercises," Kim said in a statement carried by the official Korean Central News Agency. "Who would treat people making unreasonable arguments like this as a normal counterpart?"

On Monday, the North fired two projectiles, believed to be short-range ballistic missiles, off its east coast in the first such launches since Pyongyang warned early this year that it would show off a "new strategic weapon."

The North's firings came even as the South and the United States indefinitely postponed annual spring time exercises that Pyongyang has long denounced as an invasion rehearsal.

The North Korean leader's sister said that the postponement was because of coronavirus concerns, and was not a gesture of peace. 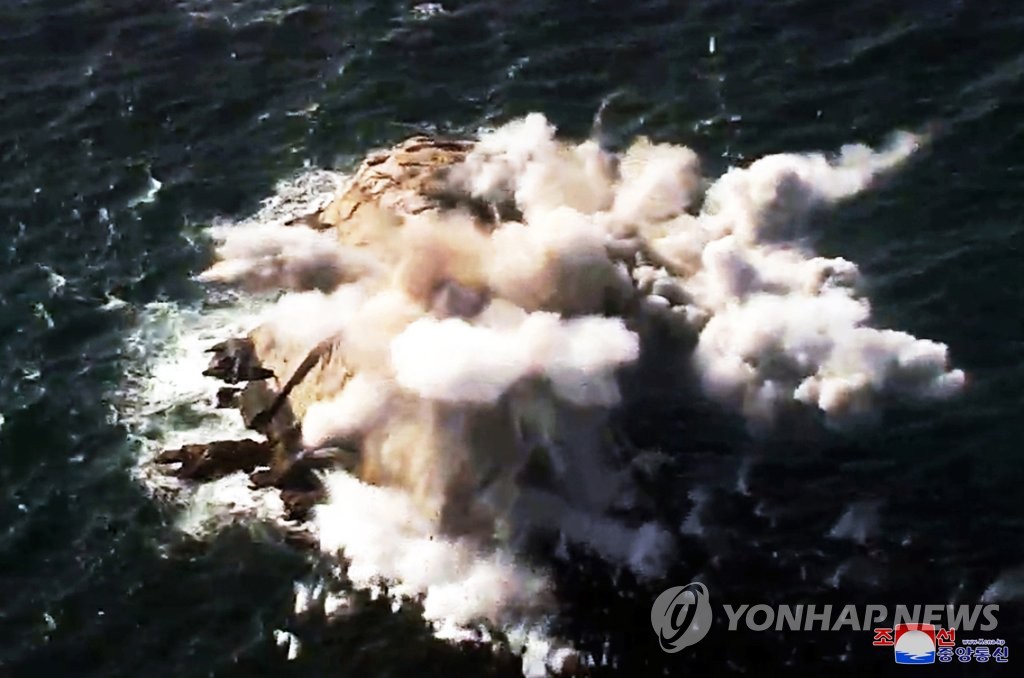