WASHINGTON, March 3 (Yonhap) -- U.S. President Donald Trump said Tuesday that Washington is looking closely at the coronavirus outbreak in South Korea and will decide "at the right time" whether to impose travel restrictions on the country.

Trump was asked by a reporter if he is considering cutting off travel to and from South Korea and Italy, two countries hit hard by the disease. 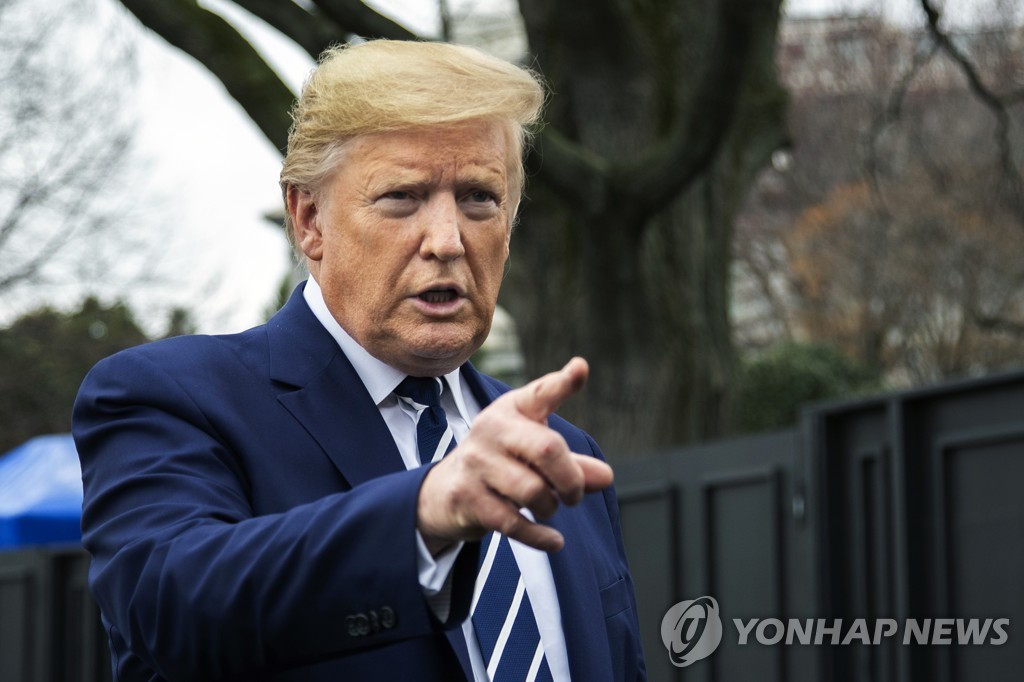 "We're watching Italy very closely, South Korea very closely, even Japan very closely," the president said at the White House before departing for a roundtable briefing on the coronavirus. "And we'll make the right determination at the right time."

South Korea has seen a continued rise in the number of infections, with nearly 5,200 cases and more than 30 deaths as of Tuesday.

U.S. Vice President Mike Pence, who is overseeing the U.S. response to the coronavirus, told reporters Monday that all airports in South Korea have begun screening travelers taking direct flights to the United States.

On Saturday the U.S. State Department raised its travel advisory for Daegu, the epicenter of the outbreak in South Korea, to the highest level, urging Americans not to travel there.

Trump indicated that Washington is currently focused on South Korea and Italy when asked if he was considering travel restrictions on other countries.

"They are the hot spots right now," he said.

The U.S. has imposed restrictions on travel from China and Iran to contain the spread of the virus. As of Tuesday, there were more than 100 infections and nine deaths tied to COVID-19 in the United States.