Exports of textile articles, which include masks, came to US$72.6 million in January, up from $8.29 million a year earlier, according to the data compiled by the Korea International Trade Association.

The amount is roughly equal to 90 percent of South Korea's textile product exports for the whole of 2019, which came to $80.9 million. 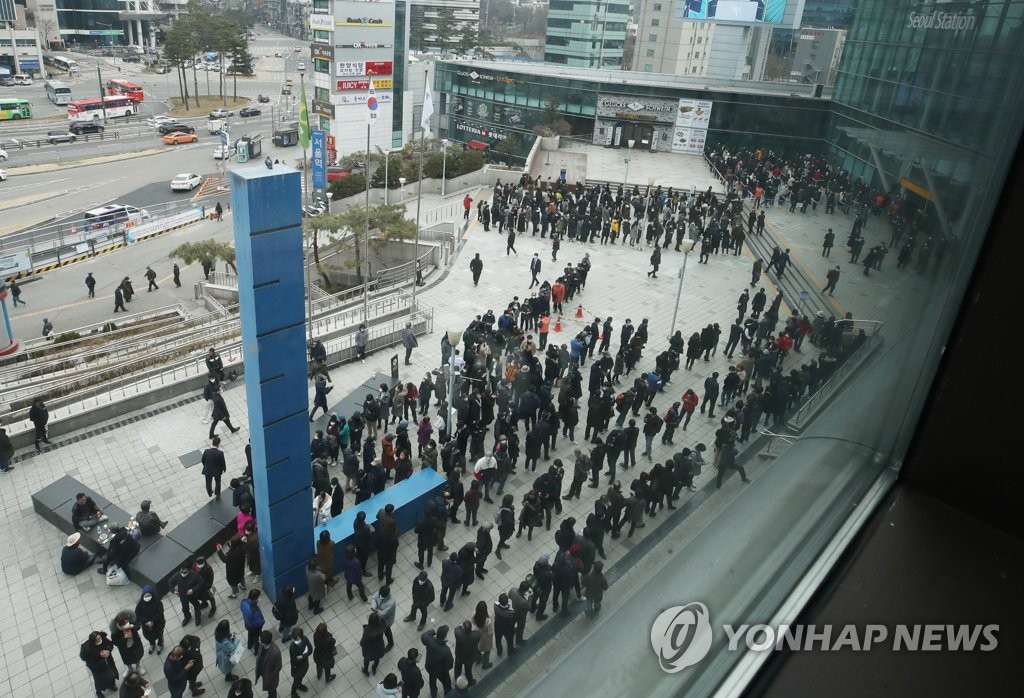 China, the epicenter of the global COVID-19 epidemic, accounted for 85 percent of the volume, with exports to the world's second-largest economy jumping to $61.3 million in January, compared with $820,000 a year earlier.

The figure is expected to decline after South Korea made a belated decision last week to limit mask exports to a maximum of 10 percent of its total output before imposing a full export ban.

South Korea is currently working to increase its daily mask output from 10 million to at least 13 million.

The country last week approved a plan to distribute 50 percent of its protective masks through public retail platforms to meet the soaring demand. On Tuesday, the government hinted it is considering raising the quota to up to 80 percent.

South Korea has so far reported nearly 5,200 COVID-19 infections since its first virus case on Jan. 20.