SEOUL, March 4 (Yonhap) -- The world baseball governing body has reached an agreement with Major League Baseball (MLB) and its players' union that will allow minor league players to compete in this summer's Olympics.

The World Baseball Softball Confederation (WBSC) announced Wednesday that its accord with MLB and the Major League Baseball Players Association (MLBPA) means national teams will be able to select MLB-affiliated minor leaguers from 40-man rosters for the 2020 Tokyo Olympics. Those on active, MLB 26-man rosters will remain off limits.

Previously, MLB and MLBPA didn't allow anyone from 40-man rosters to participate in the Olympics or in the Olympic qualifying tournament. 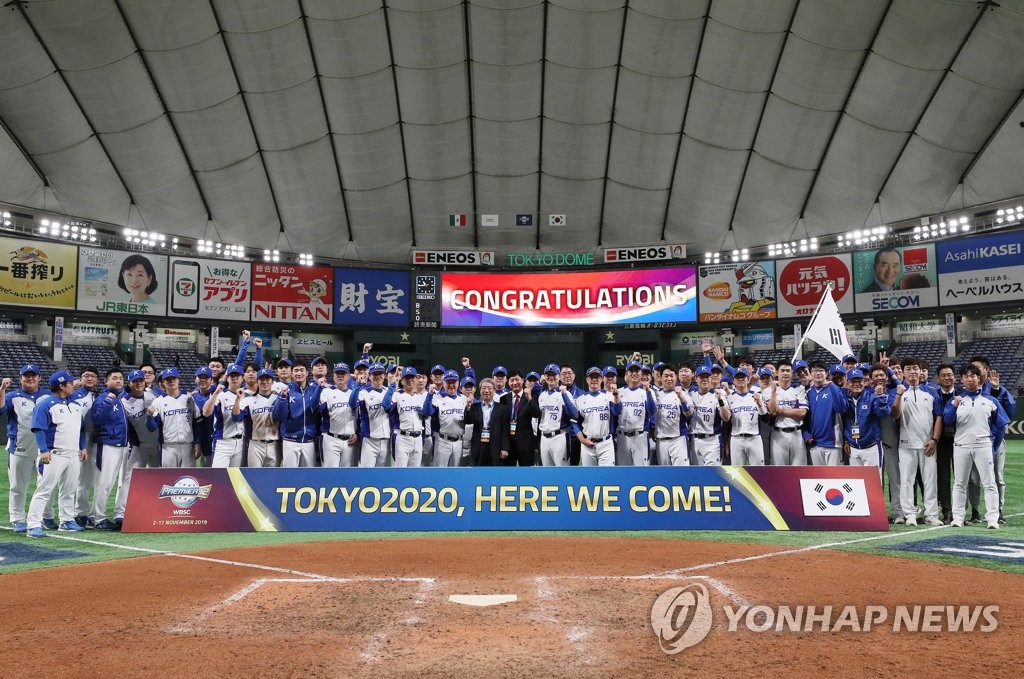 The 40-man roster includes a combination of players on the 26-man roster, those on the injured lists and some minor leaguers who are signed to major league contracts and can get called up to the big leagues at any moment.

MLB will not halt its regular season to let active big leaguers play in the July 29-Aug. 8 Olympic baseball tournament, but this agreement will ensure the second-highest tier of players will be available.

Baseball will return to the Olympics after 12 years off the program. South Korea was the Olympic champion in Beijing in 2008 and has qualified for this year's Olympics alongside Israel and Mexico. Japan is automatically in the six-country tournament as the host nation.

One of the two remaining spots will be filled later in March by the winner of the Americas qualifying tournament in Arizona, which will feature the United States, Canada, Colombia, Cuba, the Dominican Republic, Nicaragua, Puerto Rico and Venezuela.

The last spot will go to the winner of the final qualifying event in June, with Chinese Taipei, Australia, China, the Netherlands and the second- and third-place finishers from the Americas qualifiers in action.

The new agreement will likely have limited impact, if any, on South Korea's roster decisions, as its minor league talent pool isn't deep. Two minor leaguer infielders are currently in spring training: Park Hoy-jun with the New York Yankees and Bae Ji-hwan with the Pittsburgh Pirates.

Bae is a 20-year-old middle infielder with more upside, though he, too, is still years away from reaching The Show. In Single-A last year, he batted .323 to rank third in the South Atlantic League, and swiped 31 bags to finish fourth. MLB.com's MLB Pipeline recently ranked Bae the ninth-best prospect at second base this year.