SEOUL, March 4 (Yonhap) -- Three more service personnel tested positive for the new coronavirus, bringing the total number of confirmed cases in the military to 34 on Wednesday, the defense ministry said.

Two of the new COVID-19 cases were from the Army -- a rank-and-file soldier and an officer in Yongin, 50 kilometers south of Seoul -- and the other was an officer at a unit under the direct control of the ministry in the central city of Daejeon, it said.

Of the total, 19 were in the Army, 11 in the Air Force, two in the Marine Corps and one each in the Navy and the ministry unit.

Around 7,270 service members are quarantined at their bases as part of the military's broader efforts to prevent the virus from further spreading in barracks.

Of them, around 1,020 have either shown symptoms or had direct contact with infected patients, while the remainder recently visited Daegu, North Gyeongsang Province or other virus-hit countries such as China.

As of midnight, South Korea reported 5,328 virus patients, including 32 deaths. 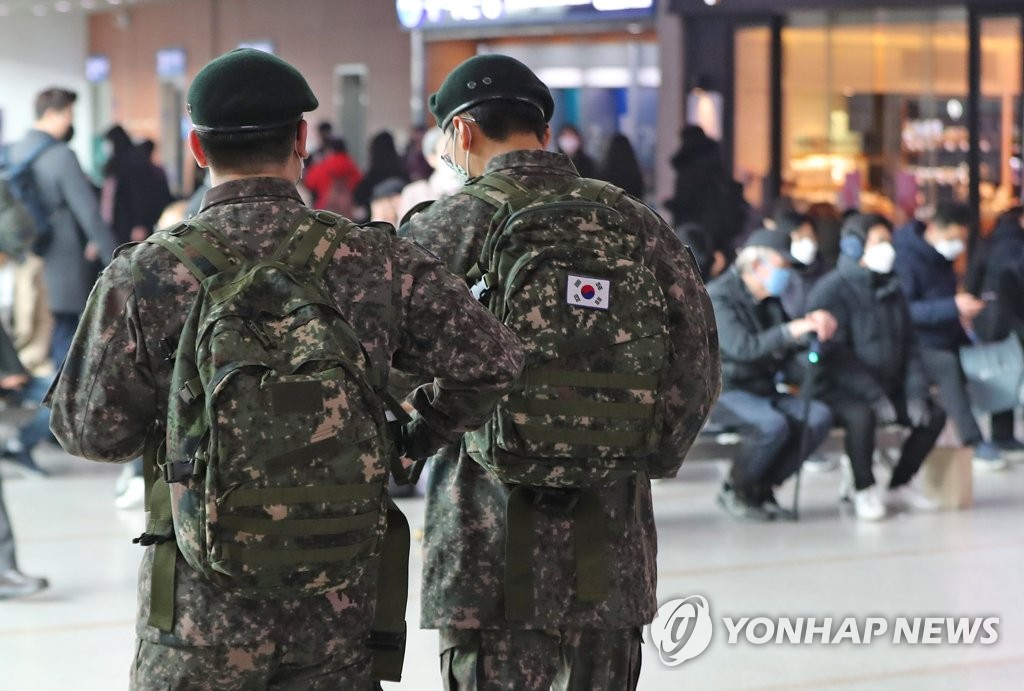