SEOUL, March 4 (Yonhap) -- Nearly two-thirds of foreign firms in South Korea expect their sales to drop due to the spread of the novel coronavirus, a poll showed Wednesday.

The survey of 150 foreign-invested corporations showed 67.3 percent of the respondents anticipating a decline in their shipments due to the fast-spreading epidemic.

The survey was conducted on foreign firms with a workforce of 100 or more between Feb. 17 and 21 by the Korea Economic Research Institute (KERI), the research arm of the Federation of Korean Industries, the top business lobby in South Korea.

Of the 26 companies with 300 or more employees, 76.9 percent forecast a decline in their sales. 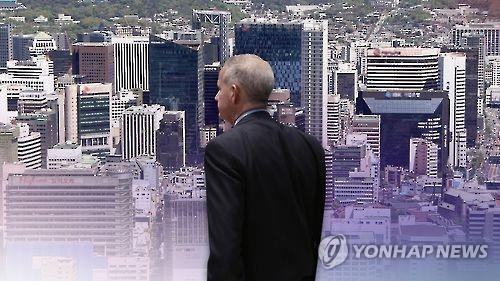 About 81 percent of the total firms surveyed predicted South Korea's economic conditions to worsen this year.

South Korea is reeling from the fast spread of the new coronavirus. As of Wednesday, the country had more than 5,300 coronavirus patients, with the death toll standing at 32.

According to the findings, 74 percent of the companies said South Korea's labor policies such as a shorter workweek and the increased minimum wage are most burdensome.

Nearly 23 percent of the respondents also said the business climate in Asia's fourth-largest economy has deteriorated over the past five years.
(END)