Harris made the remarks during a meeting with Vice Foreign Minister Cho Sei-young amid rising concerns that the United States could toughen quarantine measures against South Korean visitors as the Asian country has logged a total of 5,621 confirmed cases and 33 deaths. 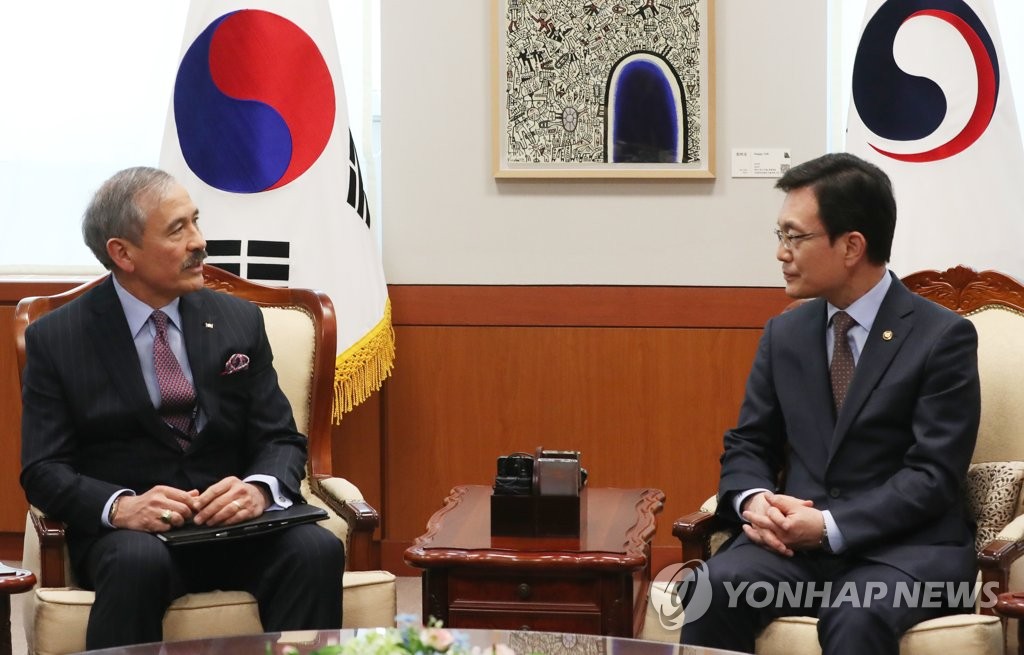 At the meeting, Cho explained Korea's all-out efforts to contain the epidemic and asked the U.S. government to maintain its trust in Seoul's quarantine efforts and capacity, the foreign ministry said in a press release.

Cho also asked the U.S. to continuously maintain cooperation in ensuring that people-to-people exchanges between the two countries are not seriously affected by the outbreak.

Harris said in turn that he would continue to trust Seoul's efforts for "active and comprehensive" responses to the epidemic, according to the ministry. 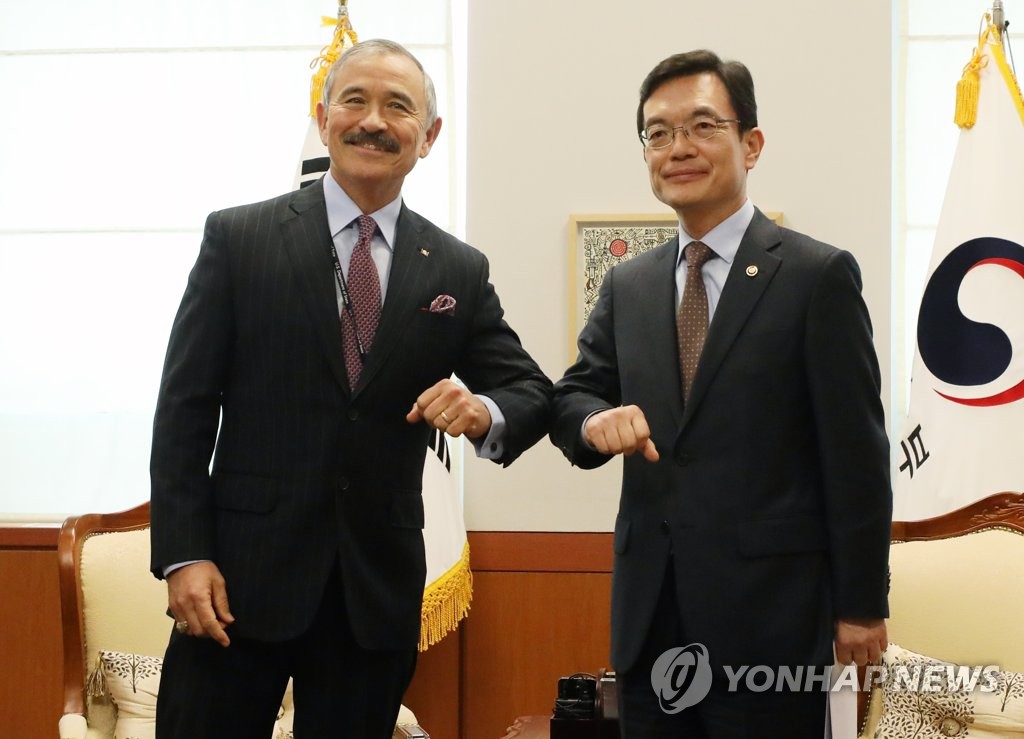 The meeting lasted about 30 minutes, the ministry said, adding that the two greeted each other with an elbow bump instead of a handshake.

Later in the day, Harris wrote on his Twitter that they discussed "strong continued cooperation to defeat COVID19."

"We remain confident in the South Korean government's robust and comprehensive response efforts to limit the spread of the virus," he said on Twitter.

On Saturday the U.S. State Department raised its travel advisory for Daegu, the city at the center of the outbreak in South Korea, to the highest level, urging Americans not to travel there.