"Great power is required for peace," he told a group of newly commissioned air force officers at South Korea's Air Force Academy. "We should be able to decide the fate of the Korean Peninsula on our own."

"Gunfire should not occur again in the sky, on the land or in the seas of the Korean Peninsula," Moon emphasized, addressing the 68th commencement and commissioning ceremony held at the academy in Cheongju, North Chungcheong Province, 130 kilometers south of Seoul.

He added, "Your role is very important in making and protecting peace with impenetrable security." 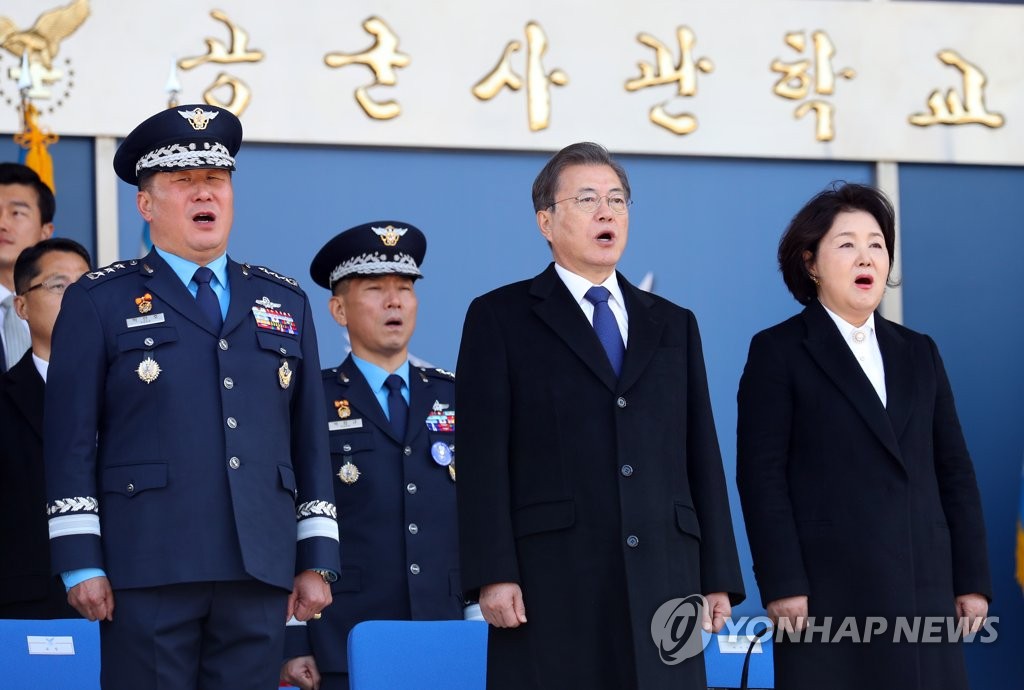 "The sky is silent but a storm could rage suddenly. It is so changeable that it is hard to predict an inch ahead," he said. "So is the security environment. The challenges that we're going to face, going forward, will have a completely different aspect from the past."

South Korea's military should be capable of coping with various cross-border threats and it should also prepare for future wars like a "science war," an "information war" and an "air war," as well as new types of threats like advanced unmanned aerial vehicles in the era of the fourth industrial revolution, he said.

The outcome of a war depends on the "innovation" of the Air Force and that's why the government is stepping up efforts to upgrade its firepower, as shown in the introduction of a "dronebot combat system" and a "smart pilot training simulator," Moon emphasized.

The president said his liberal administration has continuously increased defense budgets to top 50 trillion won (US$42 billion) this year, which includes 16.7 trillion won for the development or purchase of weapons.

A total of 158 Air Force Academy cadets were commissioned on the day. None of their families were invited to the ceremony amid the unrelenting spread of the new coronavirus in the nation.

On Monday, North Korea launched two projectiles into the East Sea as part of its "firepower strike" drills. The South's military said that they appeared to be short-range ballistic missiles. 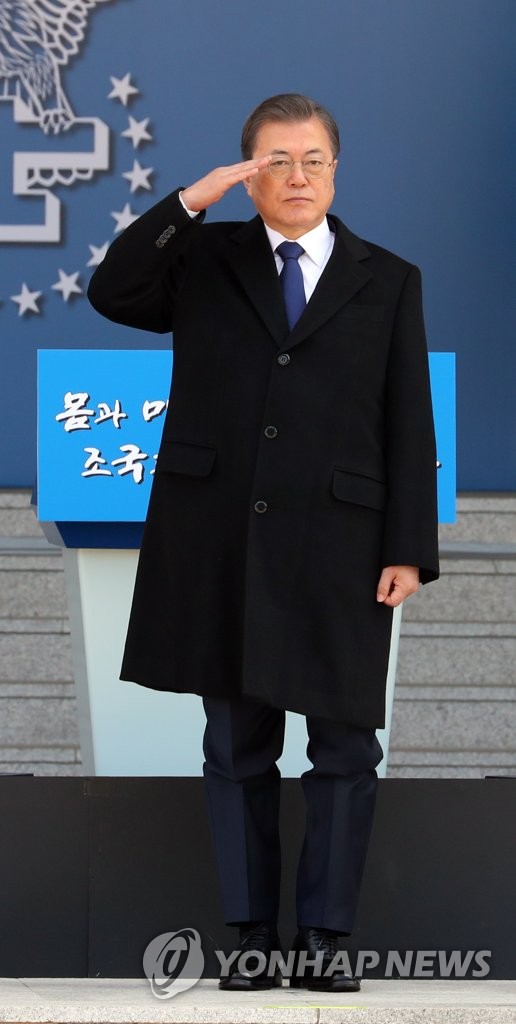